The Vickers Varsity was developed and manufactured by the British company Vickers-Armstrong as a twin-engine crew trainer aircraft that first flew in July 1949. Introduced in 1951, the aircraft was operated by Royal Air Force for two and a half-decade. It was developed from the Vickers VC.1 Viking and a total of 163 aircraft were built. 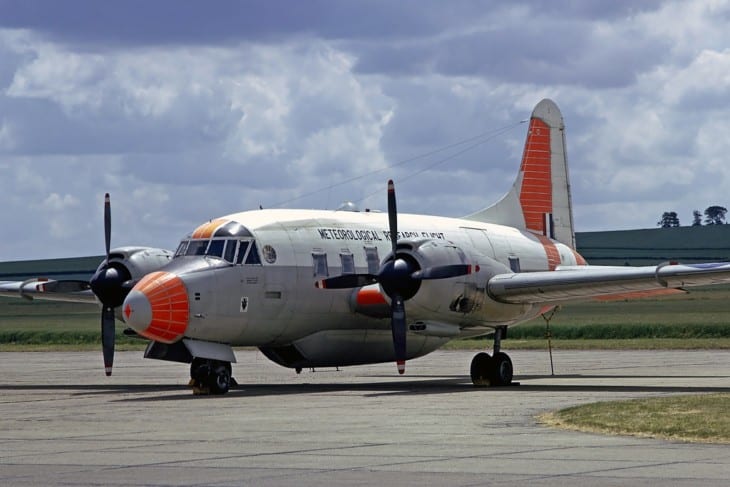 The Varsity was built by Vickers-Armstrong to meet the requirement of the Air Ministry Specification T.13/48 to develop a training aircraft with twin engines as a replacement to the Vickers Wellington T10 and the Vickers Valetta T3 and T4. The Varsity differed for having a wider wingspan, a stretched fuselage, and tricycle landing gear. It was also fitted with a ventral pannier to enable a practice bomb aimer to rest in a prone position, as well as a bomb bay that could carry 24 x 25 pounds smoke and flash bombs. On July 17, 1949, the first prototype designated as Type 666 Varsity VX828 performed its maiden flight piloted by Captain Joseph Nutt Summers and G R Jock Bryce.

The trainer aircraft is fitted with two Bristol Hercules 264 engines. It is a fourteen-cylinder, two-row, supercharged, air-cooled radial engine with gear-driven sleeve valves with five ports per sleeve (three intakes and two exhausts), a single-speed centrifugal-type supercharger, a Claudel-Hobson carburetor fuel system, an air-cooling system, and an epicycling reduction gear. The engine produces a maximum takeoff thrust of 1,950 hp each. The Varsity has a maximum speed of 250 knots at 10,000 feet and a travel range of 2,301 nautical miles. It can fly up to 28,700 feet and can climb at a rate of 1,400 feet per minute. The takeoff and landing distances are 780 meters and 1,200 meters, respectively. The aircraft could also be armed with 270 kg of practice bombs in an external pannier.