Maybe it is the most known helicopter in the world. You are used to it – you have seen it flying for police patrols, news stations, ferrying VIPs, and the military type, the Kiowa. It is the Bell 206 Jet Ranger III. This is the most successful helicopter for commercial use ever made. 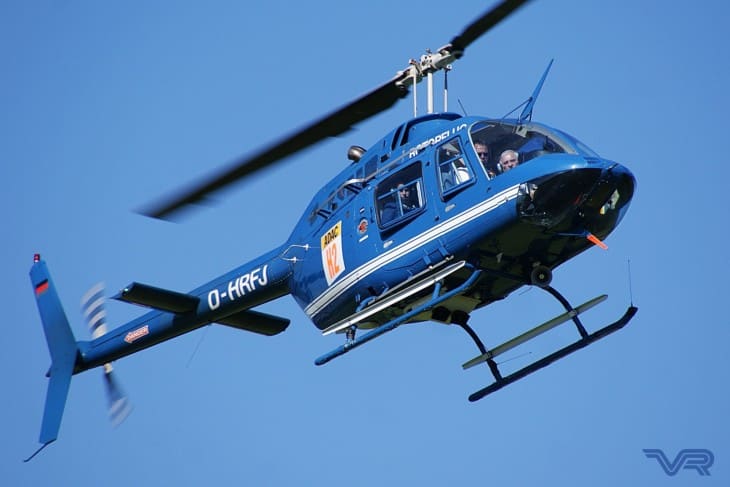 The Bell 206 is a family of dual-bladed, single and double engine helicopters, built by Bell Helicopter. The company houses a plant in Mirabel, Quebec. Firstly made as to the Bell YOH-4 for the US Army’s Light Observation Helicopter program, Bell 206 wasn’t chosen by the Army. The company remade the airframe and was successful in commercially marketing it as the five-place Bell 206A JetRanger.

The armed forces eventually chose the latest style as the OH-58 Kiowa. Also, the company made seven-place LongRanger that was later provided with a dual-engine option as the TwinRanger. On the other hand, the Tridair Helicopters provides the same conversion of the LongRanger named the Gemini St. The ICAO– allocated model designation B06 is utilized on flight plans for the LongRanger and JetRanger, and the name B06T is utilized for the dual engine TwinRangers.

The United States Army required a new light observation aircraft after the Korean War. Aircraft design was progressing rapidly during the mid-20 century. Therefore the Army issued Technical Specification 153- a list of features for this aircraft. It can fly an escort, attack role, perform observation duties, and transport personnel. Hughes, Hiller-Fairchild, and Bell all submitted samples. Eventually, Hughes was declared the winner with the OH-6; however, it did not stop Bell from making its sample for commercial application.

His YOH-4A sample was not attractive. It has a big bulbous nose, boxy frame, as well as the transmission and engine compartment is located on top of the aircraft as if they were not part of the helicopter. This image works for armed forces, but not for civilian sales. The fuselage was rationalized all through, and the latest design was named the Bell 206 after its successful predecessor, the B47 Ranger.

Bell 206A initial deliveries began in the year 1967. The initial JetRangers comes with the 317 shp Allison 250-C18 engine and had been upgraded afterward, first in the year 1971 with the 250-C20 Allison and upgraded to Allison 250-C20J in the year 1977. Transmission design has a maximum of 317 shp limit for all engines; however, still, this gave the aircraft a valuable load of almost 1500lbs. The upgrades of the engine re-designated the aircraft to the Bell 206B JetRanger II and the JetRanger III, respectively.

More than 7,000 Bell 206 have been made since the year 1967, which include military and civil versions outnumbering other commercial aircraft. This helicopter provides a low purchase cost of about USD1M and low maintenance expenses of USD200 per hour, making it the cheapest aircraft for contractors and operators. The Bell 206 has Allison ( Rolls Royce) engine provide it the best single-engine safety record for aircraft. One version of the Bell 206 helicopter has served in armed forces role in more than 40 countries.