The Bell OH-58D Kiowa Warrior is a twin engine, single seat, lightweight, armed reconnaissance helicopter. The word “Kiowa” means “spiteful” or “malicious animal.” It was originally designed to be an observation and scout aircraft for the US Army but it saw extensive use in Iraq as a gunship. It’s armed with two side mounted machine guns and can carry rockets or missiles on its underbelly. 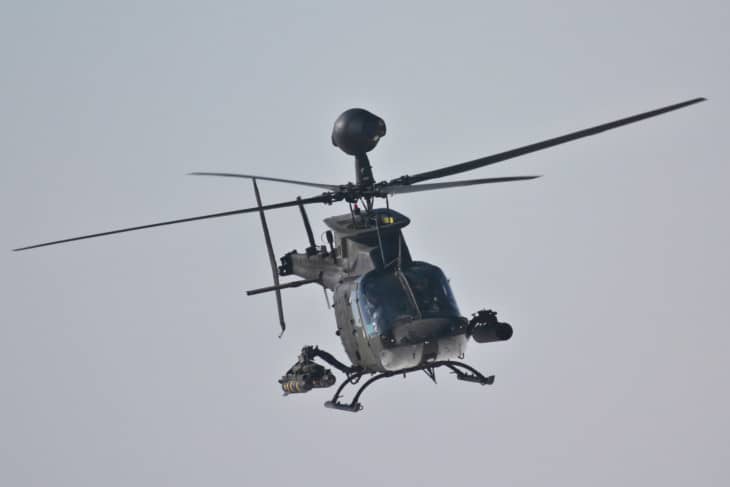 The Bell OH-58D Kiowa Warrior was a single engine, single rotor helicopter used for reconnaissance and observation. It was designed to be fast enough to keep up with the armored tanks of an invasion force or the general advance of a battle line.

The OH-58D is so lightweight that it could carry two soldiers while providing them with armor protection from small arms fire, artillery fragments, and nuclear electromagnetic pulse (EMP) attack.

The aircraft’s light weight also allowed it to fly at higher altitudes than most helicopters, which made its speed even more valuable in scouting missions when high winds might have grounded other aircraft.

The US Army retired all OH-58Ds in 2016 because they were too expensive to maintain compared to modern helicopters.

The OH-58D holds the distinction of being one of few helicopters ever used against tanks head on during Operation Desert Storm in Iraq.