The Bell AH-1 Cobra is a single-engine attack helicopter introduced in 1967. It was manufactured by Bell Helicopters and was the fundamental part of the fleet of attack helicopters of the United States Army. The engine, transmission, and rotor system of the AH-1 Cobra were derived from the UH-1 Iroquois utility military helicopter. 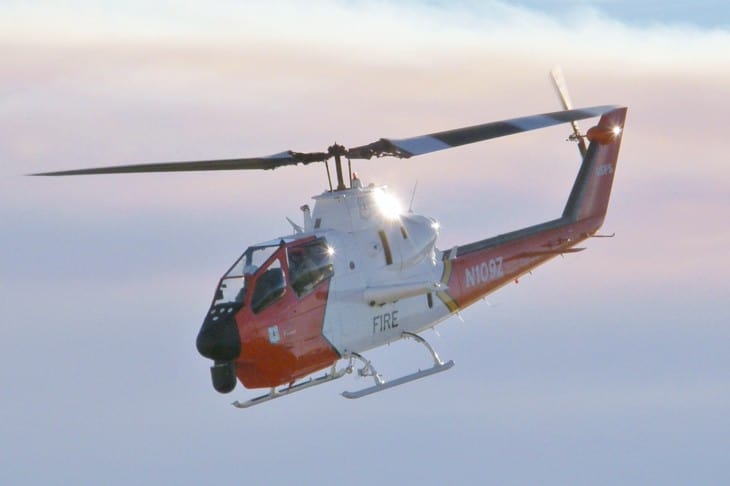 On September 7, 1965, the AH-1 prototype designated as Model 209 took to the skies for the first time. In April 1966, the Model 209 gained a successful evaluation in opposition to contesting helicopters. Afterward, the United States Army signed a contract for the delivery of one hundred and ten helicopters. The Model 209 has been in use for the next six years in testing armaments and equipment.

The helicopter is powered by a single T53-L-13 turboshaft engine designed by Lycoming at the Lycoming Turbine Engine Division in Stratford, Connecticut. It is a turboshaft type with a 5-stage axial and 1-stage centrifugal compressor, a reverse flow combustor, and a 2-stage high pressure and 2-stage power turbine. It produces a maximum thrust of 1,100 horsepower. It has a length of 1.5 meters and a diameter of 0.5 meters.

The AH-1 Cobra could be loaded with various armaments such as 2×7.62 mm multi-barrel Miniguns or 2 x M129 40 mm grenade launchers, or one of each weapon in the M28 turret. It can also be loaded with 70 mm rockets- seven rockets fitted in the M158 launcher or nineteen rockets fitted in the M200 launcher, and M18 7.62 mm Minigun pod or XM35 armament subsystem with XM195 20mm cannon.