The Bell 214 is a medium-lift helicopter manufactured by Bell Helicopter. It is a derivative of the UH-1 Huey family and is powered by a single Lycoming LTC4B-8D turboshaft engine and has a cruise speed of 140 knots. 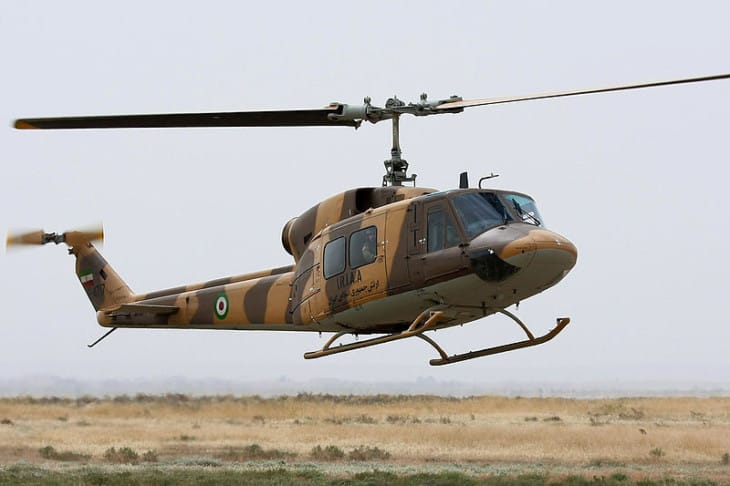 In 1970, Bell Helicopter made an announcement regarding the initial development of the Model 214 designated as Huey Plus. The airframe of the first 214 prototype was derived from the Bell 205. In the same year, the prototype took to the skies for the first time.

In 1972, the Bell 214A/C Isfahan demonstration prototype for the Imperial Iranian Army Aviation was produced. After its evaluation during field exercises in Iran, an order for two hundred and eighty-seven 214A helicopters was placed. It was intended for these helicopters to be built at facilities in Fort Worth and that additional fifty 214As and three hundred and fifty 214ST to be constructed in Iran. As it happened, two hundred and ninety-six 214A and thirty-nine 214C versions were delivered, just before the 1979 Iranian Revolution abolished the plan for production in Iran.

The Bell 214 has the same dimension and form with the Bell 205 and the Bell 212. It features a single Lycoming LTC4B-8 engine and an improved rotor system. The engine is a turboshaft type with 7-stage axial and 1-stage centrifugal compressor, reverse flow combustors, and 2-stage gas producer and 2-stage free power turbine. It can produce a maximum thrust of 2,930 shaft horsepower. The rotor system provides a greater lifting capability and better performance. It has a sizeable exhaust duct and wider chord rotor blades and not having stabilizer bars.