The Bell 212 is a medium utility helicopter initially produced by Bell Helicopter in Fort Worth, Texas, United States before it was relocated to Mirabel, Quebec, Canada. The Bell 212 is powered by a single Pratt and Whitney turboshaft engine and can fly at speeds of 100 knots. 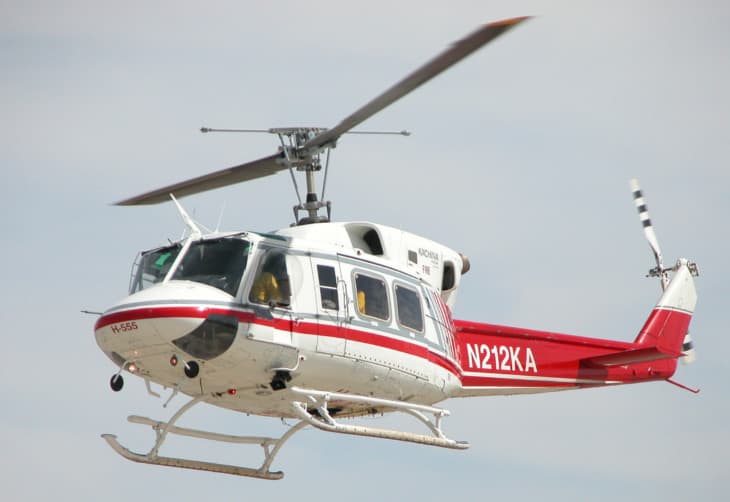 Concurrently, two hundred and ninety-four Bell 212s designated as UH-1N were ordered by the United States Armed Forces. In the same year, the helicopter started to explore its options in commercial service. One of the uses of the Bell 212 during the early years in civil aviation was by CHC Helicopter in Norway as an offshore helicopter.

Nowadays, the Bell 212 are used in logging operations, air-sea rescue, and replenish in the far northern Arctic region.

The main rotor of the Bell 212 is powered by a single PT6T-3 Twin-Pac engine of Pratt and Whitney. It consists of two PT6A power turbines that drive a common output reduction gearbox. The engine can produce a maximum power of up to 1,800 shaft horsepower.

Early helicopters designed with an Instrument Flight Rules (IFR) were necessary to have a large and visible fin mounted to the roof of the helicopter, on top and further at the back of the cockpit. The Bell 212 has an external length of 17.4 meters, a height of 3.8 meters, and a width of 2.6 meters. The cabin length is 2.7 meters, the cabin height is 1.2 meters, and the cabin width is 2.4 meters. It can accommodate up to 14 passengers.