The Bell 204 is a multipurpose utility helicopter and a civilian variant of the UH-1 Iroquois military rotorcraft. It is manufactured by Bell Helicopter and is certified in the transport category. It can be used in various roles such as aerial application, firefighting, and cargo lifting. 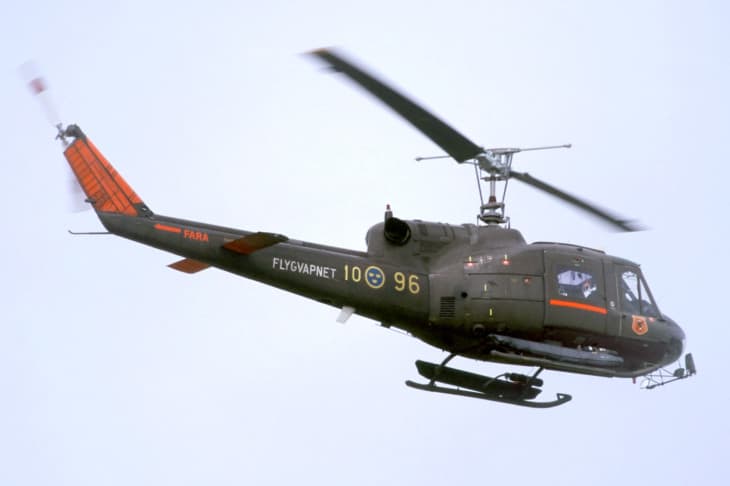 In 1955, the Model 204 was developed by Bell Helicopter to meet the requirement of the United States Army for a multipurpose utility rotorcraft. The design of the Model 204 was a great leap by the company being among the first helicopters to be fitted with a turboshaft engine.

The engine thoroughly enhanced the practicability of the Model 204 because of its lesser weight and greater power-to-weight ratio, reduced consumption of fuel, and cost-efficiency in terms of operations and maintenance. The engine enabled the helicopter to bear a useful load on comparable ranges and fair speeds, which made the Bell 204 the most successful western helicopter family in the matter of production.

Bell 204 has various versions such as the Bell 204B which is a civil or military transport helicopter fitted with T53-09A Lycoming engine. It can accommodate up to a maximum of ten passengers and has a maximum weight of 3,855 kg. The Agusta-Bell AB 204 is a civil or military utility transport, license-built by Agusta in Italy. The Fuji-Bell 204B-2 is license-built by Fuji Heavy Industries in Japan and was in service with the Japan Ground Self Defense Force.