The Piper J-5 Cub Cruiser was built by Piper Aircraft as a larger and more powerful derivative of the Piper J-3 Cub. Unlike its predecessor, the J-5 had a wider fuselage and could accommodate one pilot in the front and two seats for the passengers at the back. The aircraft was produced from 1940 to 1946. 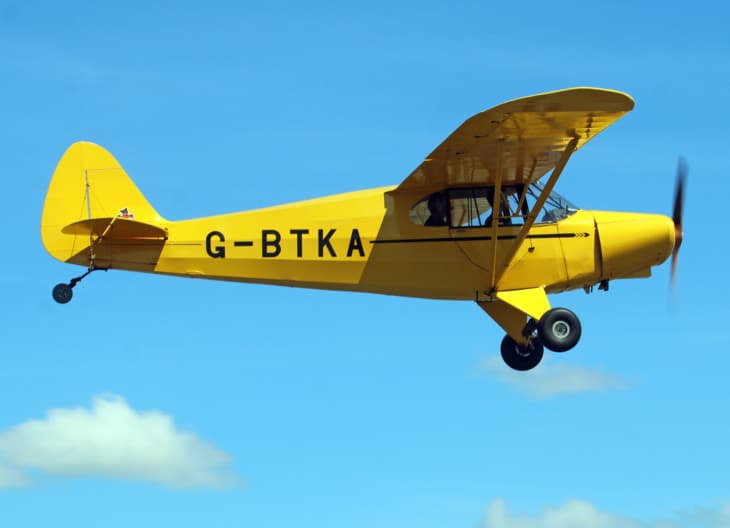 During the early 1940s, the Piper J-5 Cub Cruiser was introduced as a derivative of the Piper J-3 Cub. Three different models designated as J-5A, J-5B, and J-5C were produced. These versions fall under two classifications that varied substantially. The most notable distinction is in the landing gear.

From 1940 to 1942, initial models with external bungees were built. From 1944 until 1946, improvements for the United States Navy HE-1 Flying Ambulance were developed including internal bungees.

The J-5CA was a prototype ambulance version designated as the HE-1 developed for the United States Navy. It was powered by a Lycoming Military O-235-2 or Civilian O-235-B four-cylinder, air-cooled, horizontally-opposed piston engine rated at 100 horsepower. It has an electrical system and a reconfigured undercarriage.

The J-5CO was a prototype observation version that was converted as the L-4X afterwards for the military L-14 variant. In 1946, the J-5D was built fitted with a 125-horsepower engine. Military designations for the J-5 were also available.