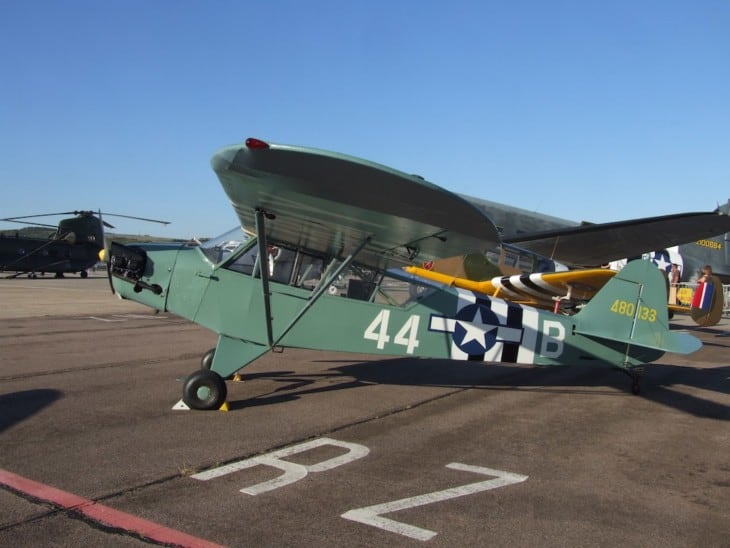 The J-2 Cub was developed from Taylor Cub of the Taylor Aircraft Company. In 1935, the aircraft manufacturer opted to enhance their Cub series. Unlike its predecessor, the J-2 was designed with rounded-off wingtips on its high wings, a closely round vertical stabilizer, and rudder framed-up and covered in fabric independently from the structure of the fuselage, and a closed-off cabin area.

The aircraft was also fitted with the low-pressure Goodyear Airwheel tires. In October 1935, the J-2 became visible to the public. It was powered by a Continental A-40-3 engine rated a 37 horsepower. On February 14, 1936, the aircraft was awarded its type certification.

In September 1936, the 37-hp engine was improved to a Continental A-40-4 engine rated at 40 horsepower. The Taylor J-2 was the last succession of the Cub family of the Taylor Company before it became the Piper Aircraft in November 1937 when William Thomas Piper bought out Clarence Gilbert Taylor’s shares in the company.

Aircraft production was relocated from Bradford to Lock Haven in Pennsylvania after the factory was destroyed by fire. In 1938, the final J-2 was completed and the J-3 Cub production began. The Piper J-2 was delivered to different parts of Europe as well as the United Kingdom and was majorly operated by private aviators. The aircraft was produced from 1936 to 1938 with a total of 1,207 J-2s built.

The Piper J-2 Cub had an exterior length of 6.8 meters, an exterior height of 2.1 meters, a tail height of 1.3 meters, and a fuselage diameter of 0.7 meters. It had a wheelbase of 5 meters, and the high wings had a wingspan of 10.7 meters and a wing area of 16.58 square meters. The aircraft had a maximum speed of 76 knots and a cruise speed of 61 knots. The travel range is 180 nautical miles, the service ceiling is 12,000 feet, and the rate of climb is 450 feet per minute.