The Piper J-3 Cub was a trainer / light aircraft designed and manufactured by Piper Aircraft from 1938 to 1947. It was the most-produced model of the company with almost twenty thousand built in the United States. 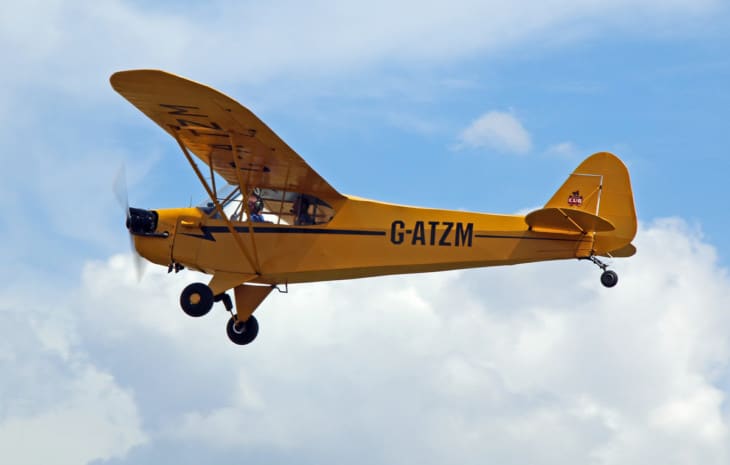 In 1930, the Taylor E-2 Cub first emerged when William T. Piper, a Bradford businessman asked Gilbert Taylor of the airplane manufacturer Taylor Aircraft to build an economical, easy-to-fly trainer that a normal person could bear to rent. Piper bought a $761 controlling share in the manufacturing company when it went bankrupt and kept Taylor as the president.

In 1936, the Piper J-2 Cub was built from a modification of an earlier Cub. Afterward, the J-3 Cub emerged as a further development of the previous J-2. The modifications included the vertical stabilizer being integrated into the fuselage and enveloped it at the same time with every side of the fuselage. It also featured a flawlessly curved partly-oval layout of the rear window and a flexible tailwheel at the back part of the skid.

The J-3 was designed with a high-wing and strut-braced configuration.  The rectangular wing had a large area of 16.58 square meters and a wingspan of 10.74 meters. The fuselage was constructed out of welded steel frame concealed in fabric. It had an exterior length of 6.8 meters, an exterior height of 2.03 meters, and a fuselage diameter of .7 meters. The tail height was1.6 meters. The aircraft was capable to seat two people in tandem configuration. It had a wheelbase of 5.2 meters.

The J-3 was usually fitted with air-cooled, flat-four engines operating a fixed-pitch propeller. Several versions of J-3s were built, each usually differed in their engine. The J3C was powered by the Continental A series, the J3F was powered by Franklin 4AC, the J3L used the Lycoming O-145, and some J3P were fitted with Lenape Papoose radial engines.