The Piper PA-12 Super Cruiser is a single-engine three-seater personal use light aircraft developed by Piper aircraft. Produced from 1946 to 1948, the PA-12 is designed with a high-wing configuration and tailwheel-type landing gear. The aircraft was an improved derivative of the Piper J-5. 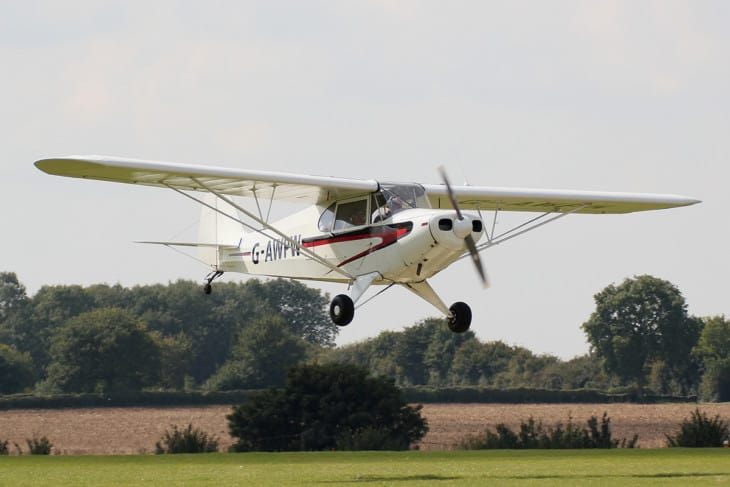 The Piper PA-12 Super Cruiser was derived from the J-5C Cub Cruiser after the manufacturing company abolished the J-designation system and replaced it with a newer PA-system. On October 29, 1945, the PA-12 prototype designated as NX41561 took to the air for the first time from Lock Haven, Pennsylvania.

It was a J-5C conversion. On February 22, 1946, the first production aircraft took its maiden flight and production of PA-12 carried on until March 18, 1948. The PA-12 can be fitted with wheels, as well as skis and floats to operate from snow, ice, and water. It can also be used as an agricultural aircraft.

In 1947, two Super Cruisers labeled as City of Washington and City of Angels roamed throughout the globe. The most unfavorable mechanical failure that the PA-12s experienced was a broken tailwheel. The Piper PA-12s were used by different operators in several countries in Europe as well as in Canada, and few aircraft are still operated by private owners in North America. A total of 3,760 Pa-12s were produced.

The Piper PA-12 Super Cruiser has an external length of 6.96 meters, an external height of 2.08 meters, and a fuselage diameter of 0.9 meters. It can accommodate up to two passengers on board. The high wing has a wingspan of 10.81 meters. It has an empty weight of 432 kg and a maximum payload of 259 kg. The maximum takeoff and landing weights are both 795 kg and the fuel capacity is 38 gallons.

The aircraft is powered by a single Lycoming O-235-C engine. It is a 4-cylinder air-cooled horizontally-opposed piston engine that produces a maximum thrust of 108 horsepower. The PA-12 has a cruise speed of 91 knots and a stall speed of 42 knots. It has a travel range of 521 nautical miles and can climb up to 12,600 feet. The rate of climb is 600 feet per minute. It has a minimum take-off run of 220 meters and a minimum landing roll of 143 meters.