The Yakovlev Yak-130 was initially developed by Yakovlev and Aermacchi with the designation “Yakovlev-Aermacchi Yak-130/AEM-130”, an advanced jet trainer and lightweight fighter capable of subsonic flights. Aircraft development started in 1991 and maiden flight in April 1996. 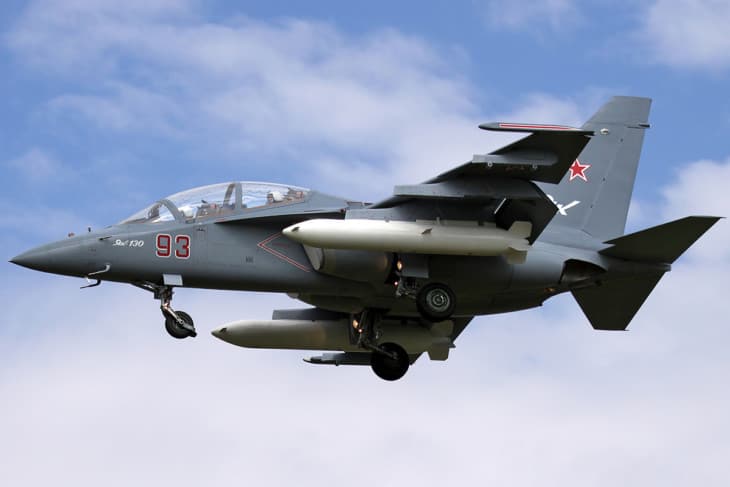 On April 25, 1996, the Yak-130 prototype with aircraft registration RA-4310 conducted its first flight at the Zhukovsky airfield. On April 30, 2004, the initial pre-series aircraft built at the Sokol aircraft plant in Nizhny Novgorod first flown. In June 2005, the Yak-130 was unveiled at the Paris Air Show. In December 2009, it successfully passed state trials and made it in service with the Russian Air Force.

The Yakovlev Yak-130 is armed with nine hardpoints; one is located on each wingtip, three are underneath each wing, and one underneath the fuselage. It has a capacity of up to 3,000 kg. The aircraft is also fitted with a fully-digital cockpit incorporating a fly-by-wire control system, a head-up display, helmet-mounted-sighting-system, laser gyroscopes, and global positioning system or global navigation satellite system as well as an inertial reference system.