The Yakovlev Yak-28 was designed by the Yakovlev design bureau as a swept-wing turbojet-powered combat aircraft in service with the Soviet Air Force. It was originally produced as a tactical bomber to attack ground and naval targets. The Yak-28 was also manufactured as a reconnaissance aircraft, interceptor, electronic warfare, and trainer aircraft. It first flew on March 5, 1958, and entered service in 1960. 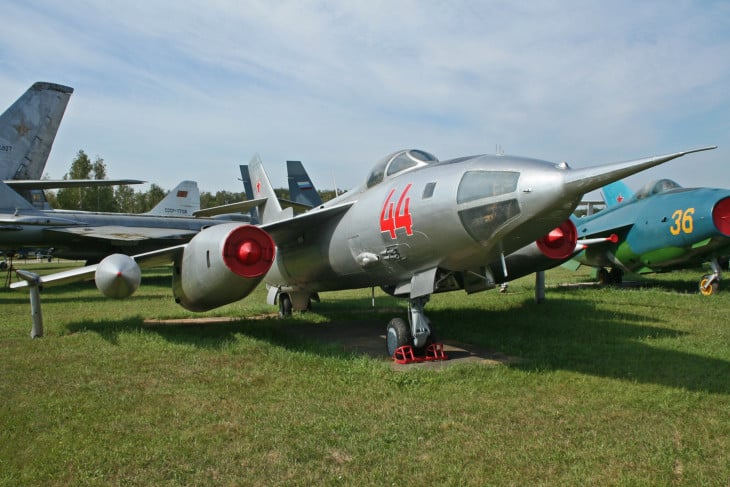 In 1961, the Yakovlev Yak-28 was initially spotted by the West at the notable Tushino Air Show. The Yak-28 was perceived to be a fighter at first, instead of an attack aircraft and had been designated as the “Flashlight”. When its true role was comprehended, the Yak-28 was given the designation “Brewer”. On March 5, 1958, the first Yak-28 prototype conducted its maiden flight. The aircraft entered service in 1960 and was retired in 1992. It was used by the Soviet Air Forces, Soviet Air Defence Forces, Russian Air Force, and Ukrainian Air Force. A total of 1,180 Yak-28s were built.

The Yakovlev Yak-28 had an exterior length of 21.6 meters, an exterior height of 2.9 meters, and a fuselage diameter of 1.4 meters. The large mid-mounted wing had a wingspan of 12.5 meters, a wing area of 37.6 square meters, and had a 45-degree swept. The tailplane has a height of 3.95 meters and was placed midway up the vertical stabilizer with cutouts to enable the movement of the rudder. It was also designed with slats on the leading edges and slotted flaps were attached on the trailing edges. The aircraft has an empty weight of 9,970 kg, a gross weight of 15,000 kg, and a maximum takeoff weight 20,000 kg. It has a maximum payload of 5,000 kg and a fuel tank capacity of 3,123 US gallons.

The Yak-28P version was powered by two Tumansky R-11 afterburning turbojet engines which produces a 10,000 lbf dry thrust and 14,000 lbf afterburning thrust each. The engine has an axial three-stage LP, three-stage HP compressor, and one-stage LP, one-stage HP turbine. The aircraft has a maximum speed of 990 knots and a travel range of 1,300 nautical miles. It has a service ceiling of 54,950 feet. It could be armed with two R-98M (AA-3 ‘Anab’) medium-range air-to-air missiles, normally one R-98TM infrared and one R-98RM semi-active radar homing (SARH), and two K-13A (AA-2 ‘Atoll’) short-range missiles fitted on occasions.