The Piper PA-14 Family Cruiser was designed and built by Piper Aircraft as a small touring aircraft during the late 1940s. It was introduced as a development of the three-seat Piper PA-12 Super Cruiser and was the first four-seat production aircraft built by the company. The PA-14 first flew in March 1947 and was produced from 1947 to 1949. A total of 238 PA-14s were built. 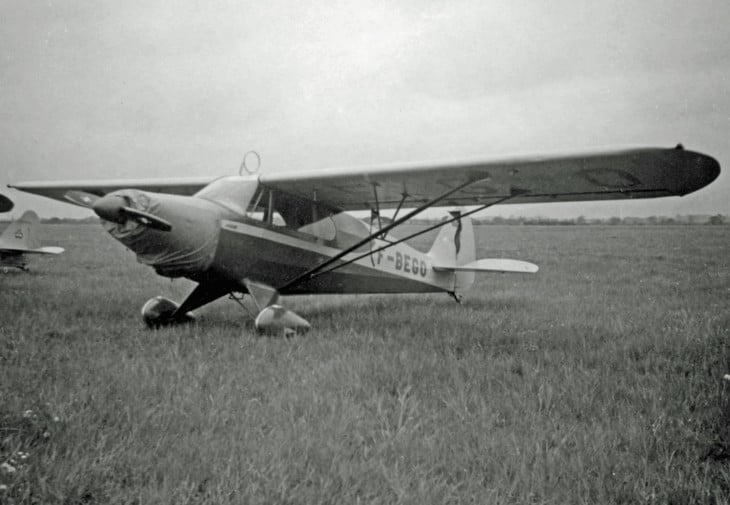 In 1947, the three-seat PA-12 Super Cruiser was evolved into a four-seat aircraft with a widened cabin and incorporating slotted flaps. The high-wing was retained, as well as the fixed conventional landing gear. The new aircraft was designated as the PA-14 Family Cruiser.

On March 21, 1947, the PA-14 prototype took to the air for the first time at the company’s factory in Lock Haven, Pennsylvania. On February 6, 1948, the second PA-14 was completed, and later that year, aircraft deliveries started. A total of 238 aircraft were built, and most of these were acquired by United States private owner pilots. As of April 2011, 126 aircraft were still registered in the United States. The PA-14 was also purchased overseas.

The four-seat PA-14 has a room for a single pilot and three passengers. It has an external length of 7.06 meters, an external height of 1.96 meters, and a fuselage diameter of 1.1 meters. It has a high wing with a wingspan of 10.82 meters and a wing area of 16.66 square meters. The tail height is 2.3 meters and the wheelbase is 5.2 meters. The aircraft has an empty weight of 463 kg and a maximum takeoff weight of 839 kg. It has a maximum payload of 376 kg and a fuel tank capacity of 38 US gal.

The PA-14 Family Cruiser is powered by a single Lycoming O-235-C1 engine. It is a four-cylinder, air-cooled, carburetor-equipped, horizontally-opposed piston engine with provision for dual pump drives, tractor, and pusher installation. The engine produces a maximum power of 115 hp and drives a two-bladed fixed-pitch propeller. The PA-14 has a maximum speed of 107 knots, a cruise speed of 96 knots, and a stall speed of 38 knots with flaps down. The standard range is 434 nautical miles. It can fly up to 12,500 feet and can climb at a rate of 575 feet per minute.