The Piper PA-25 Pawnee was manufactured by Piper Aircraft as an agricultural aircraft and introduced in August 1959. The Pawnee was produced from 1959 to 1981 and continues to serve its purpose in agricultural spraying. It was also utilized as a tow plane, or tug, used for launching gliders or for towing banners. 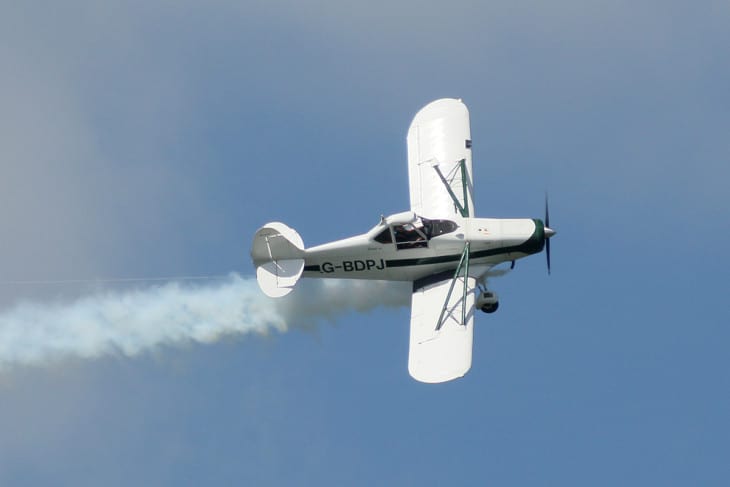 In 1953, the aircraft designer Fred Ernest Weick was asked by Piper to act as a consultant on the agricultural variant of the Piper PA-18 Super Cub designated as PA-18A specifically to build and test an aircraft that will distribute dust and seeds.

After a few weeks, an agricultural aircraft derived on the AG-1 incorporated with PA-18A and PA-22 parts was designed by the Texas A&M University. It was designated as the AG-3 and was comparably small than the AG-1 with a steel tube fuselage covered in fabric.

The designed AG-3 was a low-wing monoplane that could accommodate a single seat positioned high in the fuselage and equipped with wing struts that joined the wings and the fuselage. It also featured a tailwheel-type landing gear and an engine rated at 135 horsepower.

In November 1954, the aircraft conducted its first flight. The flight test was a success and a few years later, in 1957, the AG-3 was given the new name as the PA-25 Pawnee. The 135-horsepower engine was improved to Lycoming O-320-A1A rated at 150 horsepower.

In the same year, two pre-production models were built and in May 1959, aircraft production began. The initial production version was designated as PA-25-150 Pawnee. In 1962, the PA-25-235 Pawnee B was built. It was powered by a Lycoming O-540-B2B5 engine rated at 235 horsepower and showcased a larger hopper, enhanced dispersal gear, and increased payload of 540 kg.

In 1967, the PA-25-235 and PA-25-260 Pawnee C were introduced. It was an enhanced variant of the previous Pawnee B fitted with a 235 horsepower or 260 horsepower high-compression type of the Lycoming O-540 engine. It also featured a fixed-pitch or a constant-speed propeller.

The Pawnee C was designed with oleo shock-absorbers, an easily-removed panel, and other upgrades. The PA-25-235 and PA-25-260 Pawnee D with fuel tanks located in the outer wings were also built, as well as the eTug; a converted PA-25 fitted with a General Motors LS all-alloy automotive water-cooled engine and drives a three-bladed composite propeller.