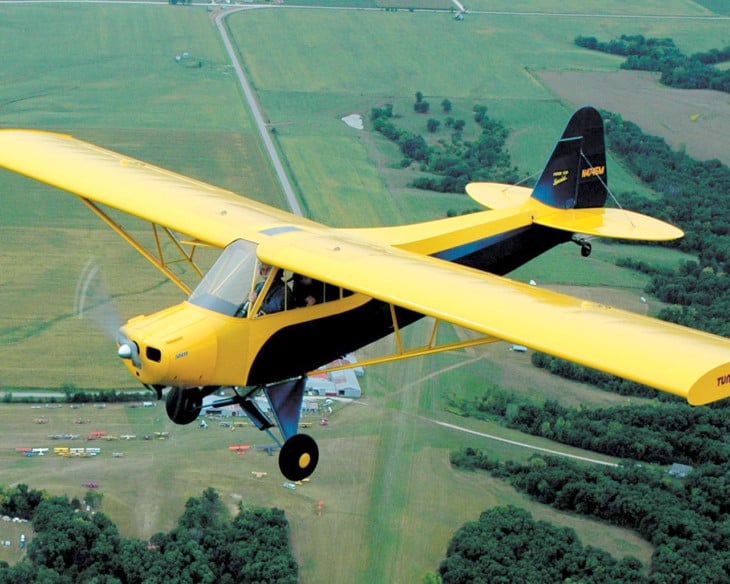 In August 1946, the PA-11 prototype took to the air for the first time. Two pre-production aircraft followed later that year. These earlier PA-11s were fitted with an improved fuselage and wings of the J-3 Cub. In March 1947, the first production PA-11 was completed at the Piper factory in Lock Haven. The aircraft was produced in the factory until September 1949. From September 1947 to January 1948, a second production line was built at the factory in Ponca City, Oklahoma. The PA-11 was developed from the J-3 Cub light aircraft and was then developed into the more updated PA-18 Super Cub.

The PA-11 Cub is a two-seat cabin monoplane for a pilot and a passenger. It has an external length of 6.8 meters, an external height of 2.03 meters, and a fuselage width of 0.8 meters. Earlier PA-11s featured a metallic blue and yellow fuselage, while later models were all yellow with brown stripe. The tail height is 2.4 meters. The aircraft featured a high wing with a wingspan of 10.7 meters. It is fitted with a tailwheel landing gear and has a wheelbase of 5.2 meters. The PA-11 has an empty weight of 340 kg and a gross weight of 553 kg. The maximum payload is 210 kg and the fuel tank capacity is 12 US gal.

The aircraft is initially powered by a single Continental A65-8 engine before it was upgraded to Continental C90-8 air-cooled, horizontally-opposed, four-cylinder piston engine. It has two pushrod-actuated valves, an updraft carburetor fuel system, and an air cooling system. The engine produces a maximum takeoff thrust of 90 horsepower. The PA-11 has a maximum speed of 97 knots, a cruise speed of 87 knots, and a stall speed of 35 knots. It has a travel range of 300 nautical miles. The aircraft can fly up to 16,000 feet and can climb at a rate of 514 feet per minute.