The Piper PA-20 Pacer was built by Piper aircraft during the post-Second World War era. Produced from 1950 to 1954, the PA-20 was a four-place, high-wing civil utility aircraft designed with wing struts and a steel tube fuselage and aluminum frame wing. 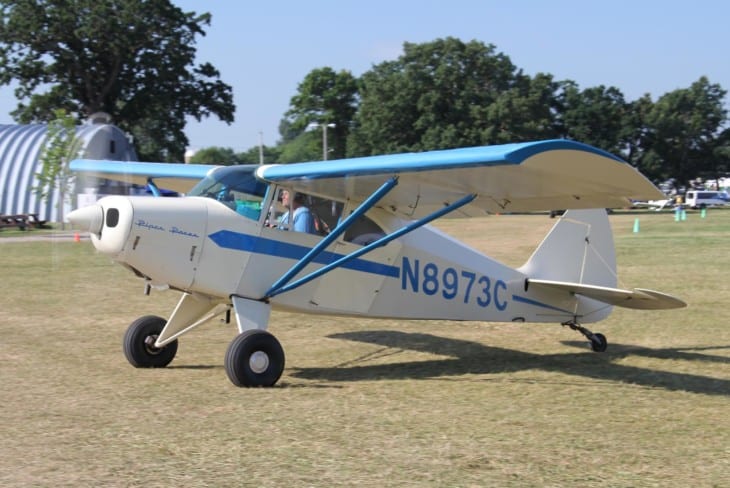 In 1949, the Piper PA-20 Pacer was initially introduced as the PA-16 Clipper, a stretched fuselage variant of the PA-15 Vagabond. The term Clipper only continued for a year for the reason that Pan American Airways owned rights to that label.

During 1950, the PA-20 Pacer emerged as light cabin aircraft designed with an enlarged tail, bigger fuel tanks, and leveled elevators. It was also equipped with wheel controls. The aircraft was produced in different variants where each featured minor distinction when it comes to the size of the engine.

The Piper PA-20 Pacer was initially built with conventional landing gear and in such a way had restricted forward visibility and more challenging ground-handling features. It had an exterior length of 6.2 meters, an exterior height of 1.85 meters, and a fuselage diameter of 1.1 meters.

The tailwheel undercarriage had a wheelbase of 4.6 meters and the high-wing had a wingspan of 8.9 meters and a wing area of 13.70 square meters. It had a cabin height of 1.1 meters and a cabin width of 1.01 meters. The aircraft could accommodate one crew and three passengers on board.

The PA-20 Pacer was powered by the Lycoming O-290-D engine. It is a dual ignition, four-cylinder, air-cooled, horizontally-opposed piston engine with pushrod-actuated valves and carburetor fuel system. The O-290-D produced a maximum thrust of 125 horsepower.

The aircraft has a maximum cruise speed of 137 knots and a travel range of 465 nautical miles. It could fly up to 15,500 feet and can climb at a rate of 620 feet per minute. It had a takeoff and landing distance of 487 meters and 390 meters, respectively. The PA-20 has a maximum takeoff and landing weight of 884 kg. The maximum payload is 421 kg and the fuel capacity is 36 gallons.