The Piper PA-15 Vagabond was designed and manufactured by Piper Aircraft as a side-by-side two-seater, high-wing, tailwheel personal, and training aircraft. It was developed from the Piper J-3 Cub light aircraft and was built beginning in 1948. The PA-15 was one of the first to emerge after the manufacturing company had ceased its activities for a short period of time. 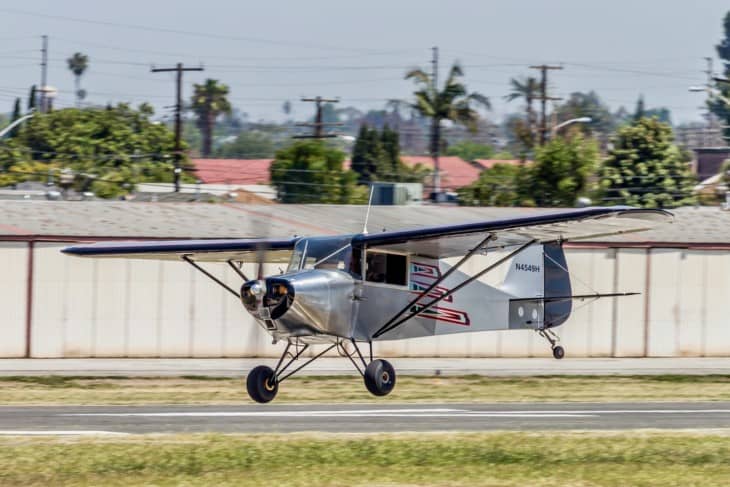 The Piper PA-15 was the first aircraft designed by Piper Aircraft after the Second World War. The manufacturing company used the same production tooling that built the Piper J-3 Cub light aircraft and had the same tailplane, landing gear, and most parts of the wing. In comparison with its predecessor, the PA-15 Vagabond has one bay shorter wing that ushered to the unofficial term that described the aircraft; Short-wing Piper. This enabled the PA-15 to be constructed with lesser material and design, as well as lesser development cost and had been given the credit for redeeming the manufacturing company from bankruptcy after World War II.

The PA-15 Vagabond has a side by side seating for the pilot and passenger. It has an external length of 5.69 meters, an external height of 1.8 meters, a tail height of 2.2 meters, and a fuselage diameter of 1 meter. The high wing has a wingspan of 8.91 meters. The aircraft was designed with a conventional landing gear with a wheelbase of 4.4 meters. The empty weight is 281 kg and the gross weight is 499 kg. It has a maximum payload of 110 kg and a fuel tank capacity of 36 US gal.

The aircraft is powered by a single Lycoming O-145 small, low-horsepower, four-cylinder, direct-drive single-ignition engine with a starter and generator installed. The engine produces a maximum thrust of 65 horsepower and drives a two-bladed fixed-pitch propeller. The PA-15 has a maximum speed of 87 knots, a cruise speed of 78 knots, and a stall speed of 39 knots. The standard range is 220 nautical miles. The aircraft has a service ceiling of 10,000 feet and an absolute ceiling of 11,500 feet. It can climb at a rate of 510 feet per minute. The takeoff distance is 274 meters while the landing distance is 91 meters.