The North American AJ Savage was developed by North American Aviation as a carrier-based medium bomber intended for the United States Navy. It was built soon after the Second World War to carry nuclear weapons and was fitted with two piston engines and a turbojet. The aircraft was introduced in 1950 and was retired in 1960. A total of 140 aircraft were built, and three prototypes. 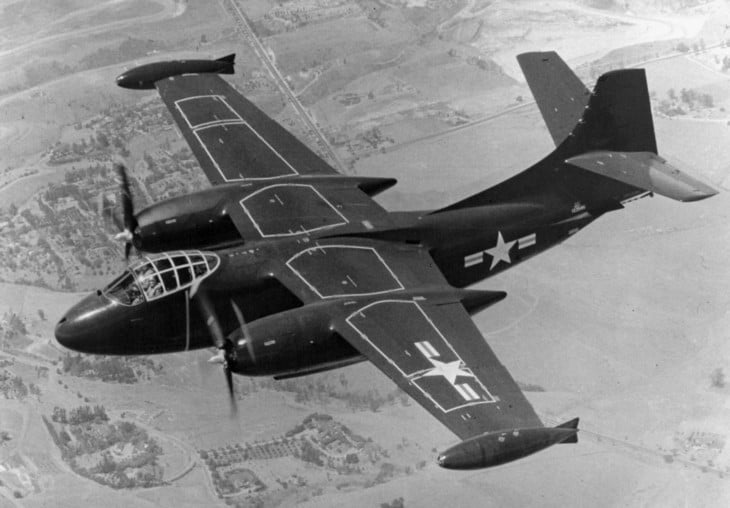 The aircraft is also powered by a single Allison J33-A-10 centrifugal compressor turbojet in the tail end of the fuselage. It has a single-stage double-sided centrifugal compressor, fourteen can type stainless steel combustion chambers, a single-stage axial turbine, and a wet sump oil system. The Allison engine produces a maximum takeoff thrust of 4,600 lbf. The aircraft also featured four-bladed Hamilton Standard constant-speed propellers of 4.42 meters in diameter. This engine was only utilized during takeoff and when an extra speed boost was needed.

The AJ Savage has a maximum speed of 409 knots and a travel range of 1,504 nautical miles. It can fly up to 40,800 feet and can climb at a rate of 2,900 feet per minute. The aircraft could be loaded with 5,400 kg of conventional bombs or one Mark 4 implosion-type nuclear bomb.