The Bombardier CRJ 550 was developed from the CRJ 700 regional jet airliner developed and produced by Bombardier. The CRJ550 is the only triple-class fifty-seater airliner in the world that offers premium first-class seating and classy amenities. 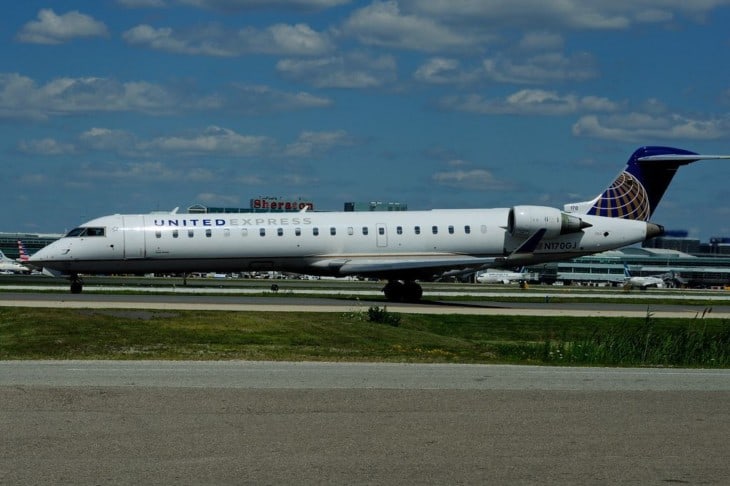 On February 6, 2019, the CRJ550 was officially launched by Bombardier; it is a fifty-seat airliner developed from the CRJ700. United Airlines is the launch customer of the aircraft which ordered fifty CRJ550s sparsely-configured with ten first-class, twenty economy plus, and twenty standard economy seats- providing passengers on regional routes extra legroom, more storage, and better amenities.

United Airline’s regional partner that will operate the aircraft will be GoJet Airlines. Compared to the CRJ700, the CRJ550 is designed with a lower maximum takeoff and landing weight in order to act in accordance with the scope clauses in United States pilot contracts. In mid-2019, the CRJ550 was awarded its type certification. The first fifty aircraft will be converted from the existing CRJ700s, instead of constructing new ones. On August 7, 2019, GoJet Airlines initiated a crew familiarization flight from Montreal to Chicago Airport.

The aircraft is powered by two General Electric CF34-8C1 engines. It is a high-bypass turbofan with a single-stage fan and ten-stage HP compressor, four-stage LP, and two-stage HP turbine, and produces a maximum takeoff thrust of 13,790 lbf each. The CRJ550 has a maximum speed of 473 knots and a cruise speed of 447 knots. The extended travel range is 1,378 nautical miles. It has a service ceiling of 41,000 feet and a rate of climb of 2,000 feet per minute. The takeoff and landing distances are 1,605 meters and 1,536 meters, respectively.