The DC-10-30 is a variant of the twin-aisle airliner DC-10 manufactured by McDonnell Douglas. With a range of 5,200 nautical miles, the DC-10-30 is a long-range type and the most frequent version produced. 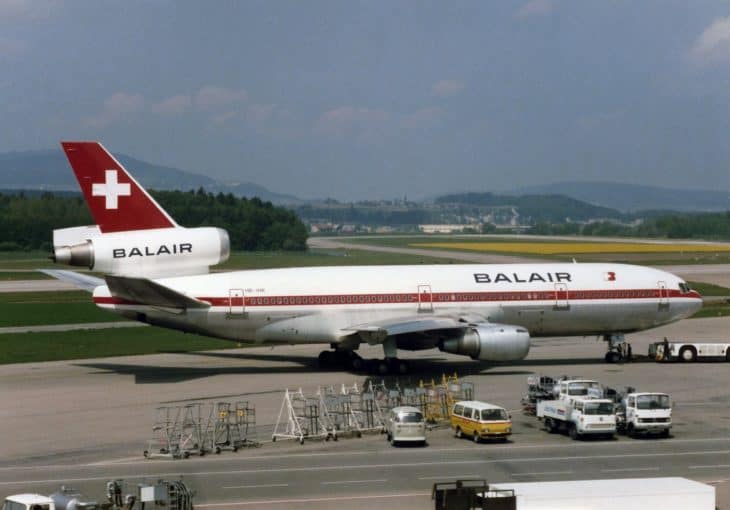 Developed and produced by McDonnell Douglas, the DC-10 series is a jet airliner designed to take over the DC-8 series for long range routes.

The DC-10-30 is a long-range type and the most typical version produced that made it extra famous in the early years with European airlines.

Among the other variants, the DC-10-30 has the longest range because of the installed turbofan engines and bigger fuel tanks that were equipped to extend range and increase fuel efficiency. It has an external length of 55.35 meters, tail height of 17.8 meters and fuselage diameter of 6 meters.

The aircraft has a cabin length of 36.7 meters, width of 5.7 meters and height of 2.41 meters. It can transport up to 270 passengers in a standard seating and 380 passengers in a high density configuration.

The DC-30CF is a convertible sub-variant of the -30. It is a cargo/passenger transport type that were deployed to Overseas National Airways (ONA), a supplemental air carrier in 1950, and Trans International Airlines (TIA), a chartered airline in the United States. 27 of this type were produced.

The DC-10-30ER is an extended range sub-variant that has a greater maximum take off weight of 267,600 kg. First aircraft delivery to Finnair took place in 1981. Six of this type were produced.

The DC-10-30AF is an all freight sub variant that started production in May 1984. 10 of this type were produced.

On November 28 1979, an Air New Zealand flight 901 from Auckland International Airport crashed into Mount Erebus on Ross Island, Antarctica while on a sightseeing flight. 257 people on board died on the accident. It is considered as the deadliest accident in the account of Air New Zealand.

On January 12 1981, a Garuda Indonesia flight was seriously damaged as it veered off the runway upon landing at Sultan Hasanuddin International Airport in Makassar, Indonesia.

On July 27 1989, a Korean Air flight 803 crashed in an attempt to land in Tripoli, Libya. Seventy-five among 199 people on board and four on the ground died during the accident.

On September 19 1989, a Union des Transports Aeriens (UTA) flight 772 from Maya-Maya Airport in Brazzaville crashed into the Tenere Desert in Niger succeeding an in-flight explosion. 170 people on board died on the accident, and it is considered as the most destructive aviation accident in Niger.

On June 13 1996, a Garuda Indonesia flight 865 crashed shortly after take off from Fukuoka Airport in Japan because of failure of the number three right engine. Among 275 occupants, three were killed and sixty-eight were injured on the accident.