The McDonnell Douglas MD-82 is equipped with better specifications as compared to the MD-81. It features an operating empty weight of 373 metric tonnes and an increase in maximum take off weight to 365 tonnes. 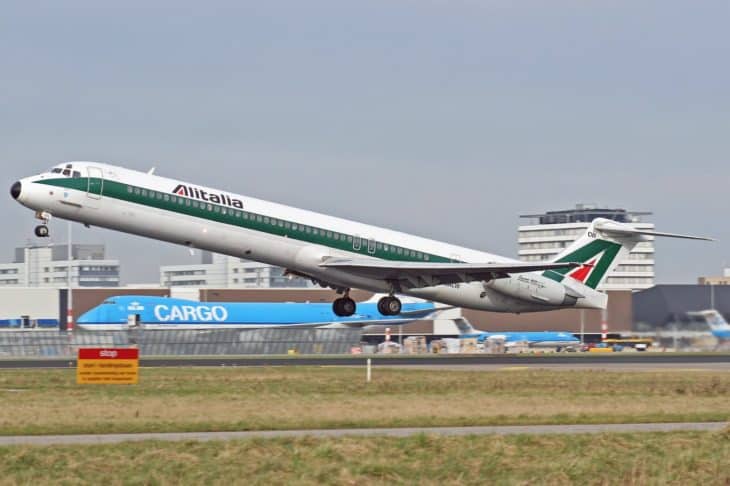 On January 8 1981, the aircraft made its first flight. On July 29 of the same year, it was awarded the Federal Aviation Administration type certificate.

On August 5 1981, the MD-82 was first delivered to Republic Airlines, a United States airline headquartered in Minnesota. It entered into service on the same month.

On November 17 1997, the MD-82 was last delivered to U-Land Airlines, a Taiwanese low-cost carrier in Taipei.

In 2012, the first ever commercial freighter MD-82 was carried out by the Aeronautical Engineers Inc.

The McDonnell Douglas MD-82 was built for operation from hot and high conditions yet also provides more payload and range while engaged at standard airfields.

The Pratt and Whitney JT8D-217C were also proposed on the MD-82, providing enhanced Thrust Specific Fuel Consumption (TSFC), the efficiency of fuel of the engine corresponding to thrust output. Various operators ordered MD-82 with JT8D-219 engines, on the other hand Balair acquired its MD-82 with a JT8D-209 lower thrust engine.

The aircraft boasts a maximum take off weight increase of 66,700 kg at first, then afterwards increased again to 67,800 kg. Maximum landing weight is 58,000 kg.

On August 16 1987, because of the flight crew’s negligence to use the taxi checklist to secure that flaps and slats were on, a Northwest Airlines flight 255 crashed shortly after it took off. All of the people on board died except Cecelia Cichan, a four-year-old girl sole survivor in the accident.

On June 1 1999, in an attempt to land at Little Rock Airport, an American Airlines flight 1420 crashed in Arkansas River. 11 people died on this accident.

On November 30 2004, a Lion Air flight 583 crashed upon landing at Adi Sumarmo Airport in Indonesia. 25 people were killed on the accident.

On August 16 2005, a West Carribbean Airways flight 708 crashed in a remote area in Venezuela. No survivors found in the accident.

On March 4 2006, a Lion Air flight 8987 swerved to the right and slid off the runway at Juanda International Airport in Indonesia. There is no casualty recorded in the incident.

On March 16 2007, a Kish Air LZ-LDD suffered a hard landing in Kish, Iran. There is no casualty recorded in the incident.

On September 16 2007, a One-Two-GO Airlines flight 269 crashed and suffered an explosion at Phuket International Airport in Thailand. 89 out of 130 people on board died on the accident.

On November 19 2009, a Compagnie Africaine d’Aviation flight 3711 experienced significant damage when it overran the runway at Goma International Airport.

On June 21 2010, a Hewa Bora Airways flight 601 from N’Djili Airport burst tire upon take-off and suffered a hydraulic failure. There is no recorded casualty in the incident.