Being the last version of the McDonnell Douglas MD-80 series, the MD-88 has the most updated details in comparison to the previous aircraft of its type. It also features the EFIS cockpit rather than the conventional analog flight deck of earlier MD-80s. 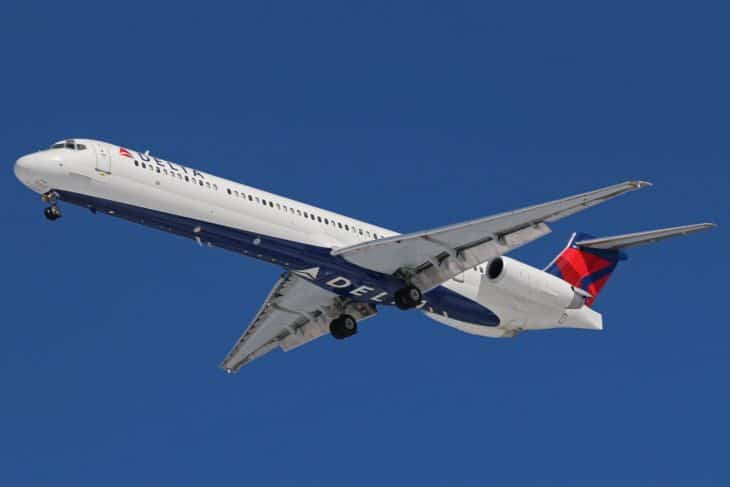 On August 15 1987, the MD-88 made its first flight. On December 8, the aircraft was granted the Federal Aviation Administration type certification. On December 19, first delivery of the aircraft to Delta Airlines, a legacy carrier of the United States based in Atlanta, Georgia took place. First eight aircraft of Delta Air Lines were produced as MD-82s then later improved to MD-88 specifications.

On June 25 1997, the aircraft was last delivered to Onur Air, a low-cost airline headquartered in Istanbul, Turkey.

The MD-88 has a long body structure with an external length of 45.06 meters. It has a fuselage length of 41.58 meters, which is 4.62 meters longer in comparison with the DC-9-50. It has a tail height of 9.02 meters and a fuselage diameter of 3.34 meters. The aircraft’s wing has a span of 32.82 meters that is 4.4 meters longer than the initial DC-9s. Its wing area is 112.3 square meters. The MD-88 is designed with tricycle landing gear that provides better visibility on the ground. It has a wheelbase of 22.05 meters.

Other modifications added into the MD-88 consist of an airborne wind shear warning system that is used to detect wind shear conditions, and general modernization of the aircraft’s cabin interior.

The aircraft cabin has a length of 30.78 meters from cockpit door towards the bulkhead, has a width of 3.14 meters from trim to trim, and a cabin height of 2.05 meters.

The flight deck is equipped with Electronic Flight Instrument System that presents information by the use of Cathode Ray Tube (CRT) technology. It also features a Traffic Collision Avoidance System (TCAS) and a Wind Shear Warning System.

On July 6 1996, a Delta Air Lines flight 1288 suffered an uncontained, catastrophic turbine engine failure during an attempt to take off from Runway 17 at Pensacola Regional Airport in Florida. It led the debris from the front compressor hub of the left engine number one to enter the left aft fuselage. Two passengers died on the accident, and two others were extremely injured.

On March 5 2015, a Delta Air Lines flight 1086 from Atlanta skid off a snowy runway shortly after it landed at La Guardia Airport in New York. The aircraft was extremely damaged and written off. There were twenty-four people who suffered injuries in the incident. No fatalities recorded.