The McDonnell Douglas DC-9-30 or Series 30 was originally manufactured to counteract the Boeing 737 narrow body aircraft. It features leading edge devices for reduction of landing speeds when in higher landing weights and full span leading edge slats that let the aircraft fly at a high angle of attack and allow for steep climb angles. 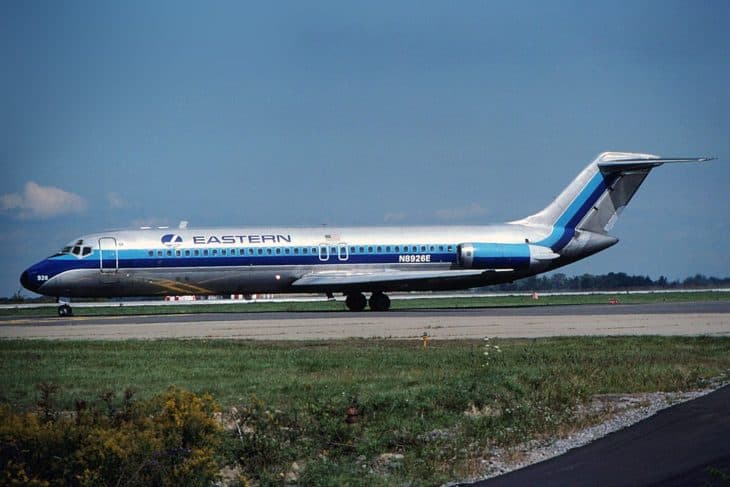 The Douglas DC-9 is a narrow body aircraft designed and produced by the Douglas Aircraft Company. In 1950, the company considered to produce a short to medium range aircraft to improve the DC-8.

On August 1 1966, the DC-9-30 took its maiden flight. It is the first stretched variant of the DC-9 with lengthy fuselage and wing tips.

In February 1967, the Series 30 entered into service with Eastern Airlines.

The DC-9-30 has a fuselage stretch of 36.36 meters, height of 8.5 meters and diameter of 3.35 meters. It has a wheelbase of 16.22 meters. The series 30 has a wingspan of 28.44 meters, and full span leading edge slats to enhance take off and landing performance. The leading edge devices aid to decrease the landing speed at greater landing weights, the full span slats decrease approach speeds around six knots in spite of around 2,200 kg higher weight.

The slats of the Series 30 were lighter compared to slotted Krueger flaps considering the structure connected with it is a more useful torque box rather than the ones connected with the Krueger. There is a six percent increase in wing chord onward the front spar that allows a 15 percent chord slat to be connected.

The aircraft was created for short to medium routes, generally to cramped airports with small runways and fewer ground infrastructure. There is a built in air stair that helps in easy boarding and debarking.

It has a take off and landing distance of 2,100 meters and 1,500 meters respectively.

The DC-9-34 was the last sub variant with a maximum take off weight of 55,000 kg. It is designed for longer range.

On June 2 1983, an Air Canada flight 797 from Dallas/Fort Worth International Airport had an in-flight fire from the lavatory that spread into the cabin, and filled the aircraft with toxic smoke. Twenty-three passengers died on the accident.

On December 7 1983, a Boeing 727 departing from Madrid collided with Aviaco DC-9-30. Both of the aircraft burst into flames right after the impact. All of the people on board the DC-9 died on the accident.

On July 2 1994, a USAir flight 1016 struck a private residence near the Charlotte Douglas International Airport. Thirty-seven people were killed on the accident.

On May 11 1996, a Valujet flight from Miami caught fire on board causing the aircraft to went out of control and then crashed afterwards. 110 people on board died on the accident.

On December 10 2005, a Sosoliso Airlines flight 1145 crashed upon landing at Port Harcourt International Airport. The aircraft caught fire after it crashed into the ground. 108 people were killed and 2 survived on the accident.