Initially designed for up to 130 passengers, the McDonnell Douglas MD-87 is equipped with enhanced avionics, an executive interior that can accommodate 109 to 130 passengers, and powerful engines with maximum thrust of 20,000 pounds. 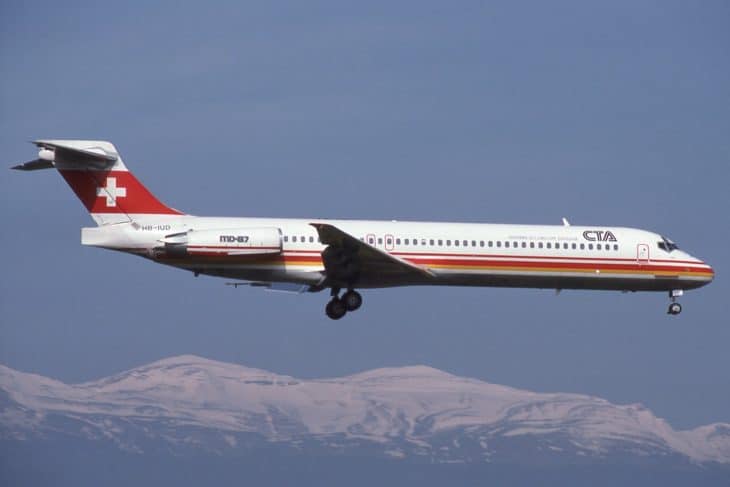 In December 1984, Finnair and Austrian Airlines placed launch orders for the MD-87.

On January 3 1985, a shorter-fuselage MD-87 was first announced by McDonnell Douglas. It is named as MD-87 due to its planned entry into service in 1987.

On December 4 1986, the aircraft took its maiden flight.

On October 21 1987, it was granted the Federal Aviation Administration type certificate. On November 27 of the same year, the aircraft was first delivered to Austrian Airlines, the flag carrier of Austria.

On March 27 1992, the MD-87 was last delivered to Scandinavian Airlines (SAS), the flag carrier of Denmark, Norway and Sweden.

Sales of the MD-87 were comparably small. Most of the customers are the regular Douglas users. There were 1,191 MD-80 recorded sales, only 75 of them were for MD-87.

There were various aerodynamic refinements made for the MD-87. It has a tail height of 9.5 meters. The aircraft’s tail went through some modifications, and the fin has been stretched above the tailplane. It also features a low-drag tail cone that looks like a beaver tail for reduction of drag and enhancing fuel burn.

It has a tricycle type landing that is equipped with twin nose unit with spray deflector to prevent water ingestion by the engine, and twin main units with rock deflectors to prevent Foreign Object Debris (FOD) damage and ingestion in the structure of the aircraft. It has a wheelbase of 19.18 meters.

The McDonnell Douglas MD-87 is furnished with a common mixed-class cabin that can accommodate 114 passengers, or 130 passengers in an economy configuration with five side by side seating. It can carry 139 passengers in a high density seating.

The MD-87 was the first version among the MD-80 family to present the Electronic Flight Instrument System (EFIS) flight deck where it uses an electronic display technology. The pilot can shift the same display that manifests a Course Deviation Indicator (CDI) to show the outlined track given by a flight management system or an area navigation system..

Some MD-87 were also equipped with a Head Up Display (HUD) that shows data without having the pilot to look away from their accustomed viewpoints.

On October 8 2001, a Scandinavian Airlines flight 686 with aircraft registration of SE-DMA departing from Linate Airport in Milan, Italy hit a small Cessna citation while it taxied for departure from Paris Le Bourget Airport in France.

The MD-87 failed to be off the ground; it then continued along the ground up until it collided a ground handling building while still on a high-speed. Both of the MD-87 and the Cessna aircraft burst into fire and were destroyed.

The reason behind the accident was a misapprehension between the Cessna aircraft and air traffic controllers, tangled by a ground movement radar that was not working during the accident. 114 passengers and 4 ground personnel died in the accident.