A twin aisle turbofan-powered aircraft manufactured by McDonnell Douglas that serves as an aerial firefighting unit. The DC-10 Air Tanker is designed with three water tanks with a total capacity of 12,000 US Gallons of fire retardant or water. 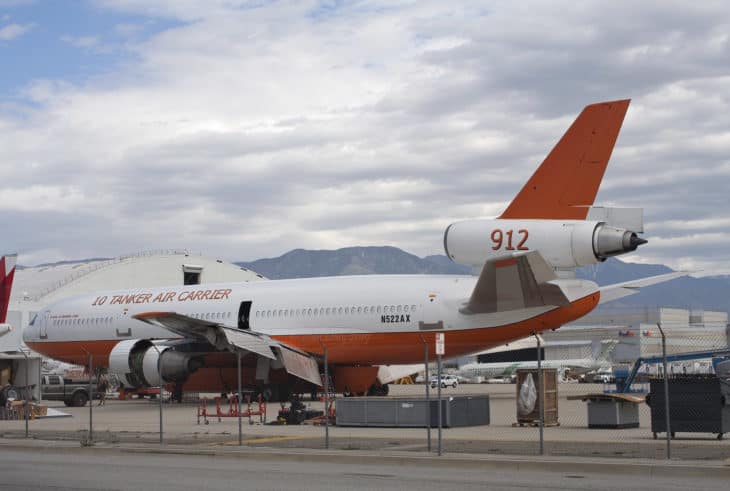 In 2002, 10 Tanker Air Carrier started the study of developing the Next Generation air tankers. Employees of the company gathered together with a substantial record of functions, conversions, and ownership of heavy jets. After two years of extensive study into aerial firefighting, the company had chosen the DC-10 aircraft model on this program.

In March 2006, the Federal Aviation Administration (FAA) issued a Supplemental Type Certificate (STC) to modify the DC-10 as an aerial dispersant of liquids. 10 Tanker then acquired a 14 Code of Federal Regulations (CFR) Part 137 Agricultural Aircraft Operator Certificate for aerial firefighting activities and Interagency Airtanker Board (IAB) approval for the use of agency.

In 1975, the first DC-10 air tanker with N450AX aircraft registration was dispatched as a civilian passenger aircraft to National Airlines. Afterwards, the aircraft was made available to be in service for other various airlines.

The DC-10 Air Tanker has an external length of 55.55 meters, tail height of 17.70 meters and fuselage diameter of 6.02 meters. The aircraft is equipped with three belly tanks that carry the fire retardant or water. The three tanks have baffles inside that stop and avoid the shift of fluid during flight. These tanks can be loaded at the same time on the ground in about eight minutes.

The retardant is fed under gravity to be out of the tanks and the whole load can be thrown away in eight seconds, even though the actual drop rate is computer-generated for the purpose of producing the needed spread of retardant over the fire lines.

The DC-10 Air Tanker has the ability to apply a line of retardant 91.44 meters wide and 1.6 kilometers in length. The tanks outside are equipped to carry from standard 76.2-millimeter cam lock couplings. These tanks can be filled as fast as base loading capabilities allow, commonly around fifteen to twenty minutes.

There is a vent system attached above each tank to let enough air in and out of the tanks while on a retardant drop and filling. The number of drops it can produce per day is at most restricted by the time it takes to refill the tanker with water or retardant and fuel, along with its demand for a proper landing place, that may be a reasonable range from the fire.

The DC-10 Air Tanker is powered by three turbofan CF6-6D engine from General Electric. It has a maximum power of 40,000 lbf each. The aircraft reaches a Fire Traffic Area with a considerably decreased weight compared to its Maximum Gross Take Off Weight (MGTOW). This is predominantly because of the decreased fuel load that the aircraft carries while on fire operations.

As an outcome, the DC-10 Air Tanker is regularly dispatched at a forty percent lighter take off weight in comparison to its certified maximum gross take off weight. The aircraft turns easily within the turning radius of smaller planes and lead aircraft.

Because of the aircraft’s enhanced thrust to weight ratio, it notably increases its climb rate and significantly improves the safety margins in an engine failure scene. Also, the aircraft has a wide margin over stall at usual drop speeds and weights, even though it has a full retardant load.

On June 25 2007, the DC-10 Air Tanker N450AX struck trees with the left wing while on a fire suppression flight over the White Fire nearby Tehachapi, California.  It fell 30.48 to 60.96 meters further down than expected. The aircraft was severely damaged but there was no recorded injury from the pilot, flight officer, and flight engineer. This occurrence is considered as the first severe aviation incident of the DC-10 Air Tanker. On July 30 2007, the aircraft underwent a test flight after major repairs. 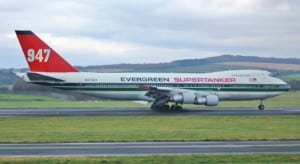