The DC-10-30ER is an American wide-body airliner built by McDonnell Douglas and an extended range version of the -30 with a higher maximum takeoff weight and powerful turbofan engines. 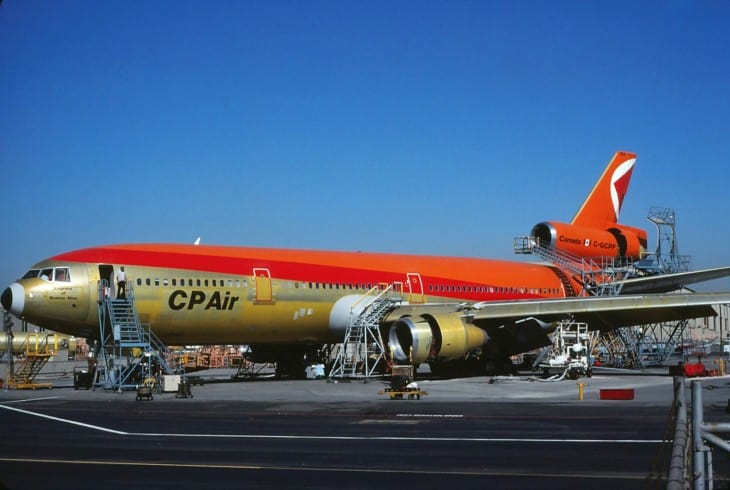 In 1971, the DC-10 family was introduced as a medium to long haul aircraft, built in response to the American Airlines requirement for a wide-body aircraft smaller than Boeing 747 but that could fly with the same long-range routes with shorter runways. Regardless of its difficult history, the airliner was a success and became one of the classic depictions of the golden era of air transportation. Even though initially designed as a twinjet, the DC-10 acquired a third engine at the base of its vertical tail to meet the need of the American Airlines. It was the first commercial airliner of McDonnell Douglas after the merger between McDonnell Aircraft Corporation and Douglas Aircraft Company in 1967.

Because of the success of the airliner, McDonnell Douglas produced different series of the DC-10 with several improvements. The DC-10-30 was one of the many versions of the DC-10 developed to meet several performance niches. The -30s were designed to compete against the Douglas DC-8 and the Lockheed L-1011 long-range aircraft. The intercontinental DC-10-30 gained specific popularity among European airlines, which made the series develop a convertible cargo/passenger version, an extended-range version, and an all-freight version.

The -30ER is powered by three GE CF6-50C2B turbofan engines. Each engine produces a maximum thrust of 54,000 lbf. It is fitted with an additional fuel tank in the rear cargo hold. The aircraft has a higher maximum takeoff weight compared to the original DC-10-30. The maximum takeoff weight is 267,600 kg while the maximum landing weight is 182,798 kg. The extended travel range is 5,730 nautical miles and the aircraft can cruise at speeds of 507 knots.