The Grumman J2F Duck was initially designed and manufactured by Grumman as a single-engine amphibious biplane before production was taken over by Columbia Aircraft Corporation. The J2F Duck was in service as a utility and search and rescue aircraft with the United States Armed Forces from the mid-1930s until after the Second World War. It also served the Argentine Navy, the armed forces of Colombia, Mexico, and other independent civilian operators. A total number of 584 aircraft were built. 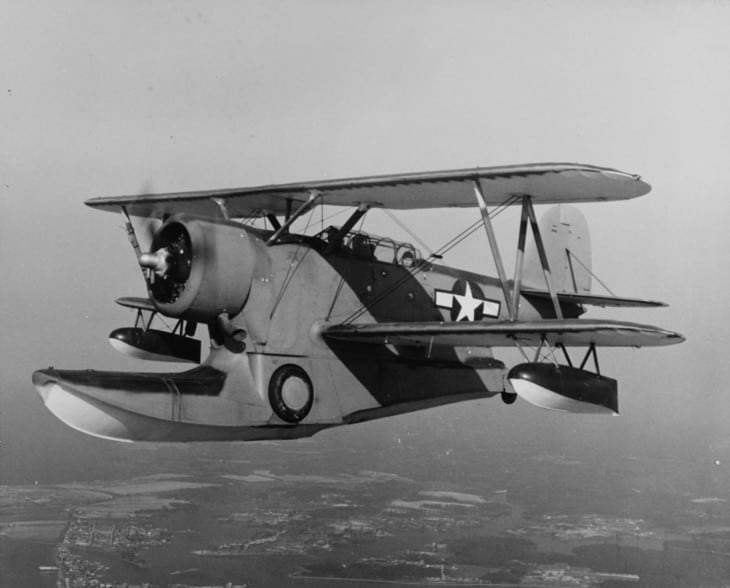 On April 2, 1936, the J2F-1 initial production version performed its first flight. It was fitted with a single Wright R-1820 Cyclone rated at 750 hp and was then delivered to the United States Navy. The J2F-2 was a United States Marine Corps variant with nose and dorsal gun, and the J2F-3, -4, and -5 varied in their engines.

The aircraft is powered by a single Wright R-1820-54 Cyclone engine. It is a nine-cylinder single-row supercharged air-cooled radial piston engine with two overhead valves per cylinder with a sodium-filled exhaust valve, a single-speed General Electric centrifugal-type supercharger, a Stromberg downdraft carburetor with automatic mixture control, a dry-sump with one pressure and one scavenging pump oil system, and an air-cooling system. The engine produces a maximum takeoff thrust of 900 hp and drives a three-bladed constant-speed propeller.

The J2F Duck has a maximum speed of 170 knots, a cruise speed of 135 knots, and a stall speed of 61 knots. The travel range is 680 nautical miles. It can fly up to 20,000 feet and can climb at a rate of 1,500 feet per minute. The aircraft is loaded with a single Browning .30 cal machine gun on a flexible mount in the rear cockpit and 295 kg of bombs or depth charges.