The Grumman C-1 Trader is designed and manufactured by Grumman as a carrier onboard delivery (COD) version of the S-2 Tracker. It was introduced in 1956 and retired in 1988. The United States Navy was the primary user of the aircraft. 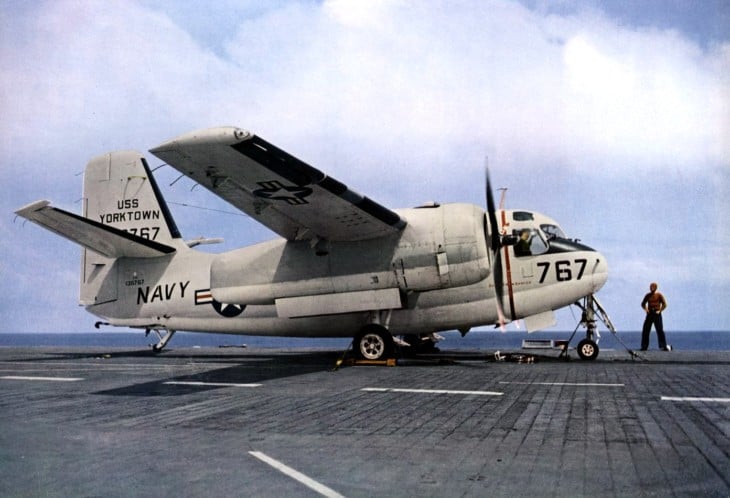 The Grumman C-1 Trader was developed by Grumman due to a requirement by the United States Navy for a newly built anti-submarine aircraft. The leading American aircraft producer started to build the aircraft prototype with twin-engine and high wings initially named as the G-89.

In 1952, the aircraft was designated as XS2F-1 by the United States Navy. On December 4 of the same year, the XS2F-1 took its first flight. In the course of the 1950s, three primary versions came out and one of those is the C-1 Trader. Initially the TF-1, the C-1 was designed to accommodate nine passengers on board or 1,600 kg of cargo. On January 19, 1955, the C-1 Trader took to the sky for the first time.

During the 1960s to the 1970s, the aircraft served as a vessel to transport supplies and mail to aircraft carriers in the Pacific Ocean in the course of the Second Indochina War. It was also used as a trainer aircraft for all-weather carrier missions. A total of eighty-seven C-1 Traders were produced, and four of them were modified into EC-1A Tracer.

In 1988, the final C-1 Trader retired from service with the United States Navy. In August 2010, Brazilian Naval Aviation made an announcement regarding its planned purchase and modernization of eight C-1 Traders to be in service as a carrier onboard delivery as well as an aerial refueling aircraft. In 2011, Marsh Aviation signed an agreement on the conversion of four former United States Navy C-1A Traders to KC-2 Turbo Traders.

The Grumman C-1 Trader is powered by two Wright R-1820-82WA Cyclone 9-cylinder air-cooled radial piston engines which produce a maximum thrust of 1,525 horsepower each. It has a maximum cruise speed of 240 knots and a travel range of 960 nautical miles. It can fly up to 25,000 feet and can climb at a rate of 1,950 feet per minute. The aircraft has a maximum takeoff weight of 13,222 kg.