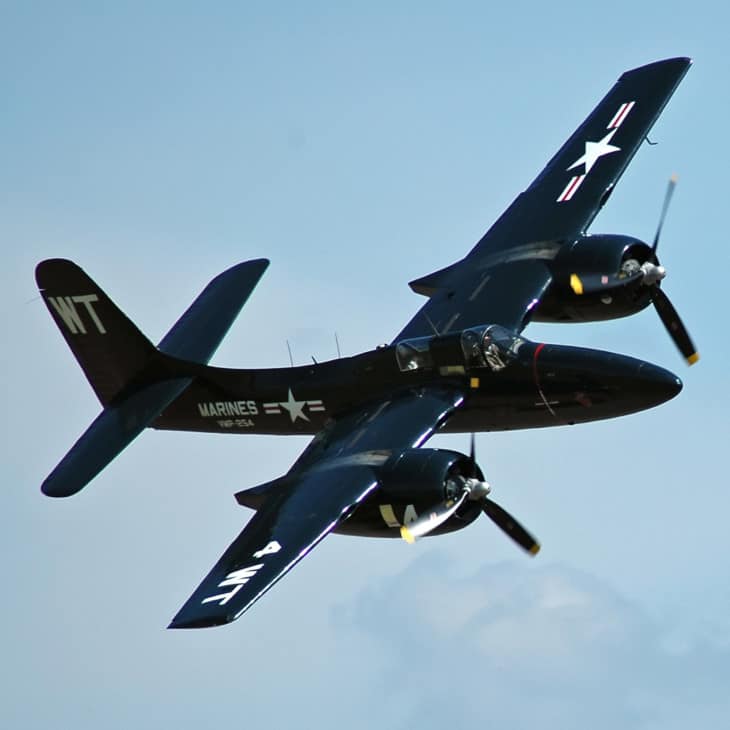 On June 30, 1941, the contract for the aircraft prototype designated as XF7F-1 was initiated. The manufacturing company Grumman aimed to build a fighter that will outclass and outgun all other fighter aircraft during its time. On November 2, 1943, the aircraft conducted its first flight.

The aircraft is powered by twin Pratt and Whitney R-2800-34W Double Wasp eighteen-cylinder air-cooled twin-row radial piston engines. It produces a maximum takeoff thrust of 2,100 horsepower each and drives a three-bladed constant-speed fully-feathering propeller. The Tigercat has a maximum speed of 400 knots and a travel range of 1,000 nautical miles. It can fly up to 40,400 feet and can climb at a rate of 4,530 feet per minute. The takeoff and landing distances are 240 meters and 270 meters, respectively.

The Tigercat featured ammunitions including various guns such as four 20 mm AN/M3 cannon (with 200 rounds positioned on the wing roots and four 12.7 mm M2 Browning machine gun with 400 rounds located in the nose. It also featured two 454 kg of bombs or eight 127 mm unguided rockets under the wings and a single 150-gallon fuel or napalm tank under the fuselage or a single torpedo under the fuselage for day fighter versions. The aircraft is also fitted with AN/APS-19 airborne target detection search radar with tracking capabilities.