The Grumman AF Guardian was designed and manufactured by Grumman as the first custom-built anti-submarine warfare (ASW) carrier-capable aircraft for the United States Navy. The aircraft featured two airframe versions, the first is for detection gear and the second for weapons. It entered service in October 1950 and was retired in August 1955. A total number of 389 Guardians were built. 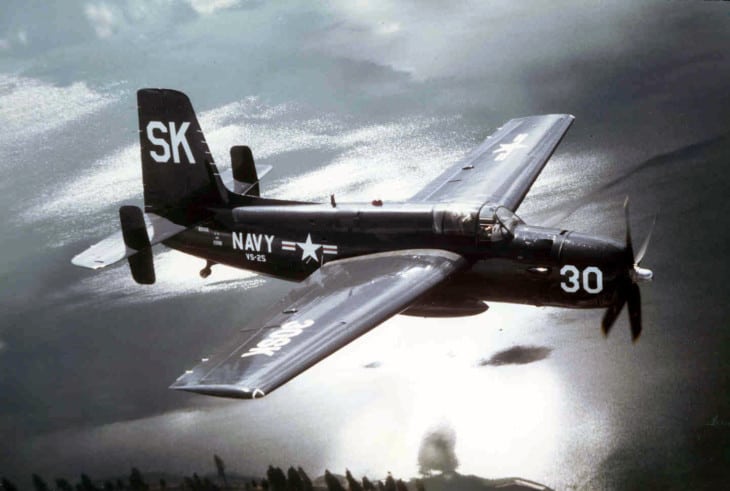 On December 19, 1945, the AF Guardian prototype with the Navy designation XTB3F-1S took to the air for the first time. It was loaded with two 20 mm cannon and 1,814 kg of other ammunitions. On December 24, the United States Navy modified the aircraft from a torpedo-bomber into anti-submarine warfare that consisted of two variants. The first was knows as a guppy (hunter) or for detection gear, and the other as a scrapper (killer) or for weapons. In November 1948 and in January 1949, the XTB3F-1S hunter and the XTB3F-2S killer performed their maiden flights, respectively.