The Grumman S-2 Tracker was originally developed and manufactured by Grumman that performed its maiden flight in December 1952. It was intentionally built as an anti-submarine warfare aircraft with a single airframe and served the United States Navy. The aircraft featured a conventional design, powered by two radial engines with a propeller, fitted with high wings and a tricycle landing gear. 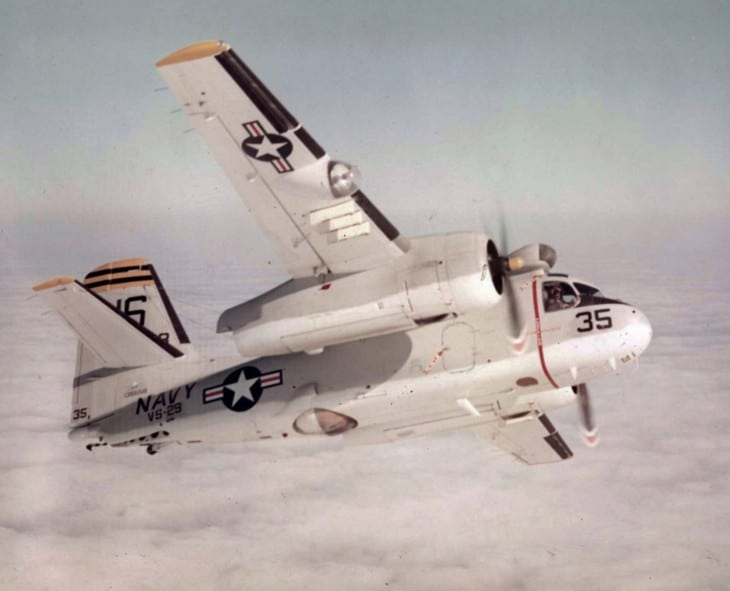 The Grumman S-2 Tracker was purposely-built to replace the AF Guardian anti-submarine warfare of the United States Navy. On June 30, 1950, two prototypes designated as XS2F-1 and fifteen S2F-1 production aircraft were ordered. On December 4, 1952, the aircraft took to the air for the first time. In February 1954, it entered into service.

The aircraft is powered by twin Wright R-1820-82WA engines. It is a nine-cylinder single-row supercharged air-cooled radial piston engines with two overhead valves per cylinder with sodium-filled exhaust valves, a single-speed centrifugal-type supercharger a Stromberg downdraft carburetor with an automatic mixture control fuel system, a dry-sump with one pressure and one scavenging pump oil system, and an air cooling system. Each engine produces a maximum thrust of 1,525 hp.

The Tracker has a maximum speed of 243 knots at sea level and a cruise speed of 130 knots. It has a travel range of 1,173 nautical miles and has a nine-hour endurance. It can fly up to 22,000 feet and can climb at a rate of 1,920 feet per minute. The 2,200 kg of payload could be carried in the internal weapons bay and on six under-wing hardpoints; it included different torpedoes and MK.54 or naval mines depth charges.