The Fairchild PT-19 served with the RCAF, RAF, and United States Army Air during World War II. It was utilized by US SAAF during the Primary Flying Training towards the introductory pre-solo stage trainer for presenting new aircraft pilots to flying proper passing them onto the more agile Stearman Kaydet. PT-19 had numerous designations depending on the installed power plant. 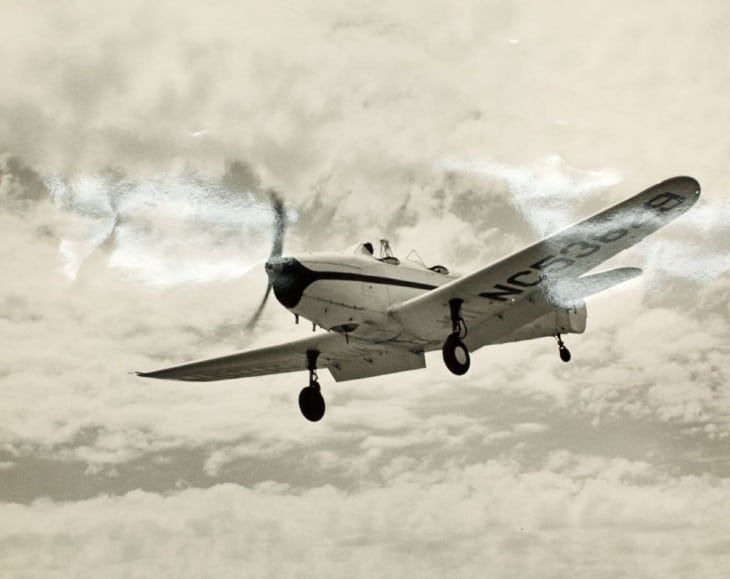 Fairchild PT-19 series was initiated from the Fairchild Mp-62 during the USAAC ordered the aircraft in 1940 as an extension for their expansion program. Its cantilever low-wing plane that has a tailwheel design and fixed landing gear was originally based on the two-place, open cockpit, and tandem seating arrangement.

Its simple and rugged construction includes a well-covered fabric that comes in a welded-steel tube fuselage. The remaining part of its aircraft utilized a plywood constriction that has a sectioning on plywood sheathed center, tail assembly, and outer wing panels. The utilization of an inline engine allowed for a narrow font area that was good enough for visibility, while its fixed landing gear allows for stable and solid ground handling.

The production on bath 275 is powered by inline 175 horsepower Ranger L-440-1 engines and designated PT-19. In the year 1941, mass production of it started, and almost 3,181 of the PT-19A models were made by the Fairchild. Another 477 were produced by Aeronca, and an additional 44 were built by St. Louis Aircraft Corporation. Another production was the PT-19B, which was highly equipped for instrument training by just attaching a collapsible hood to its front cockpit.

In comparison to the previous biplane trainers, this Fairchild PT-19 gave more advanced types of aircraft. The speeds are higher, and its wing loading is more closely approximated with the combat aircraft. Fairchild PT-19 truly lived on its nickname – the Cradle of Heroes. According to history, it was considered an essential primary trainer design used on the cadet’s way to become a combat pilot.
Then, there were thousands of the Fairchild PT-19 series rapidly integrated to the United States and Commonwealth program training, serving throughout World War II and after this instance.

Fairchild PT-19 comes from different types and variants. Some of these prominent variants include PT-19, which is an initial production modified on the Model M62 that is mainly powered by 175 horsepower, 270 built, and L-440, the PT-19A, which is powered by 200 horsepower L-440-3, and PT-19B, which is an instrument training type of PT-19A, and 6 conversions from the PT-19A.
General Specifications of Fairchild PT-19

Based on the United States Military Aircraft’s details, this aircraft has a length of 28 ft. or 8.53 meters; its wingspan is around 36ft. and its height is around 10 ft and 6 inches. This aircraft offers a great performance level since it has a maximum speed of 115 km to 212 km/hr. Its service ceiling is around 4,700 meters or 15 300 ft.