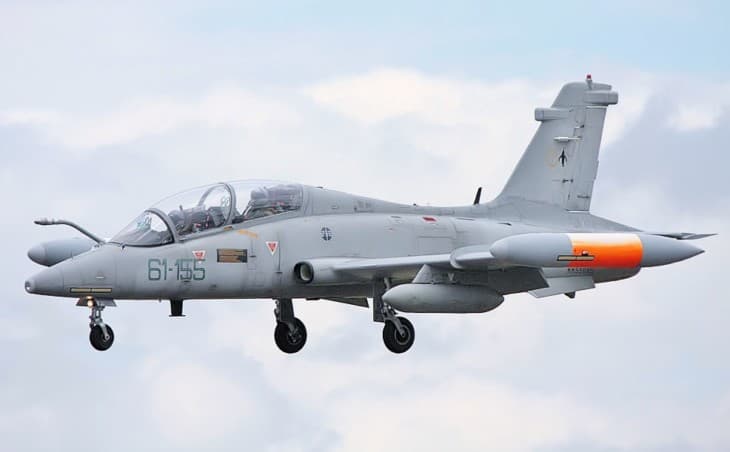 The Alenia Aermacchi MB-339 is an Italian military trainer and light attack aircraft. It was developed by a consortium formed in 1969 between Aermacchi, Aeritalia and Alfa Romeo under the designation of “Project 3”. The first flight took place on 15 November 1971 at Milan’s Linate Airport. The MB-339 has been used as a trainer for most of its service life, but more recently it has also found success in ground support roles such as close air support or reconnaissance missions. In addition to the standard training version (MB-339B), which is equipped with three hard points for armaments, there are versions that have been specifically modified for combat duty; such as the anti-tank (MB-339CD, with 3× HOT-2 wire-guided missiles), or the reconnaissance (MB-339CB) that has camera mounts. Most of the combat versions are only able to carry a few hundred kilograms of payload for armaments and/or fuel.

The first production aircraft was delivered to the Italian Air Force (“Aeronautica Militare”) in 1974. Since the early 1990s, Italy has been seeking a replacement for the MB-339 and other training aircraft such as the Aermacchi SF.260 (the future M-346).

Even though it was developed specifically for the Italian Air Force, many other air forces have chosen to operate the MB-339 as well. Presently, the MB-339 is used in most continents in both military and civilian roles. Licensed manufacturers of the aircraft are Aerostar (Yugoslavia) which produces the MB-339P/M; Aero Vodochody (Czech Republic) with its version L-159T1/T2; IAR (Romania) with its version L-159T1/T2. In addition, the MB-339 has been modified and updated numerous times, resulting in several variants for different tasks.

It is a conventional all metal low-wing monoplane. The landing gear was originally of a tricycle configuration, but most of the operators have replaced it with a conventional tail wheel arrangement. It has a tandem cockpit, with the student in front and instructor in the rear. The canard design allows for exceptional maneuverability both in training and combat situations. It is powered by a single turbofan ENA engine, which provides good performance at low to medium altitude airports. 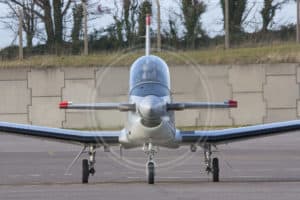