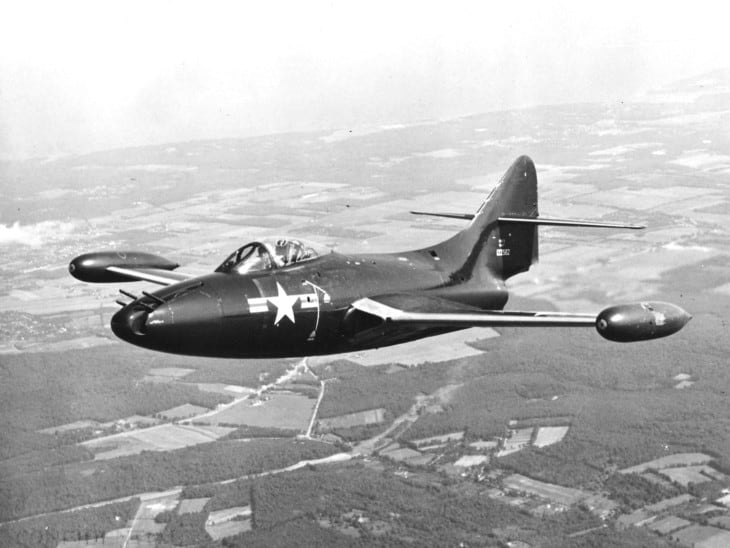 The F9F Panther is powered by a single Pratt and Whitney J48-P-6A engine. It is a turbofan engine with water injection, a single-stage double-sided centrifugal compressor, nine interconnected can combustion chambers, a single-stage axial turbine, and pressure spray oil system. The engine produces a maximum thrust of 6,250 lbf. The aircraft has a maximum speed of 503 knots at 5,000 feet. The cruise speed is 418 knots and the travel range is 1,100 nautical miles. It can fly up to 42,800 feet and can climb at a rate of 5,090 feet per minute. It could also be loaded with four 20 mm cannons.