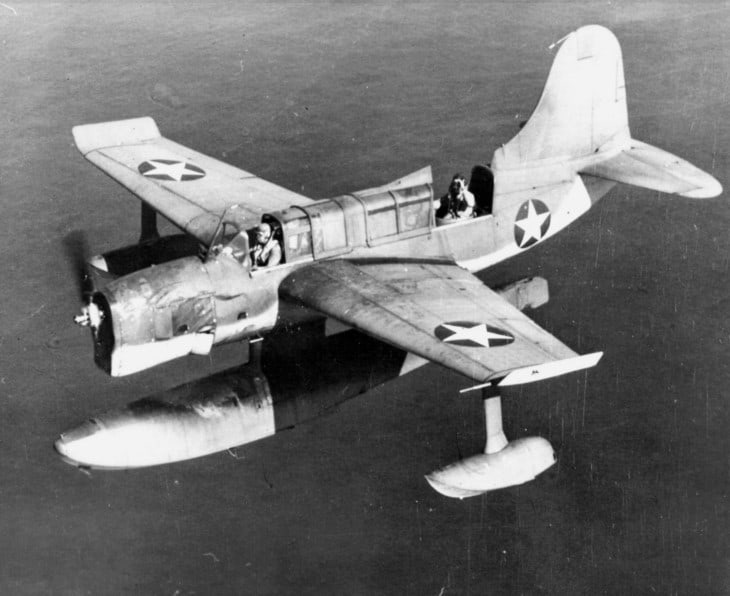 On October 6, 1939, the SO3C prototype performed its maiden flight. In 1942, it entered into service. During its operational years, the SO3C Seamew encountered two crucial faults which were problems with in-flight stability and with the distinct Ranger engine. In 1945, the aircraft retired from service after being announced as obsolete in September. A total of 795 So3Cs were built.

The SO3C-2 is a production version similar to the SO3C-1. It can carry two crew members and has an external length of 11.23 meters for a seaplane version; 10.41 meters for a land plane version. The external height is 3 meters and the fuselage diameter is 1.3 meters. It has a tail height of 4.57 meters, a wingspan of 11.58 meters, and a wing area of 27 square meters. The empty weight is 1,943 kg, the maximum takeoff weight is 2,599 kg, the maximum payload is 300 kg, and the fuel tank capacity is 80 US gal.

The aircraft is powered by a single Ranger V-770-6 engine. It is a twelve-cylinder inverted V-piston engine with a single overhead camshaft, a single-speed single-stage supercharger, a Holley non-icing carburetor fuel system, a full pressure type oil system, and an air cooling system. It produces a maximum takeoff thrust of 600 hp and drives a two-bladed constant-speed propeller.

The Seamew has a maximum speed of 149 knots and a cruise speed of 107 knots. It has a travel range of 1,000 nautical miles and an endurance of eight hours. It can fly up to 15,800 feet and can climb at a rate of 915 feet per minute. The aircraft could be loaded with a single 0.30 caliber forward-firing M1919 Browning medium machine gun and a single 0.50 caliber M2 Browning heavy machine gun located in the rear cockpit. It was also loaded with 45 kg of bombs or 147 kg of depth charges underwing.