The Curtiss SC Seahawk was built by the Curtiss Aeroplane and Motor Company as a scout seaplane intended for the United States Navy. It replaced the Curtiss SO3C Seamew and Vought OS2U Kingfisher floatplanes in the latter part of the war towards peacetime. The aircraft first flew in February 1944 and was introduced in the same year. It was retired in 1949 with a total number of 577 Seahawks built. 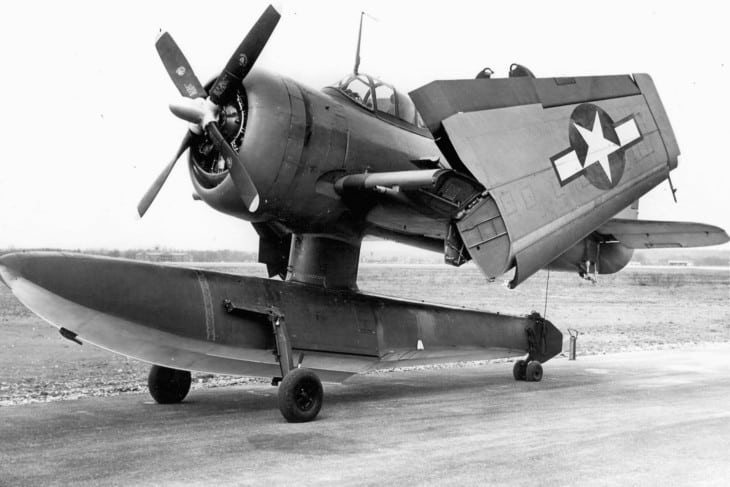 In June 1942, the development work started for an observation seaplane requirement of the United States Navy. On August 1, 1942, the American company Curtiss proposed the Seahawk design. On August 25, a contract had been awarded to the company that included two prototypes and five service test aircraft. After a year, in June 1943, five hundred SC-1 production versions were ordered. On February 16, 1944, the prototype designated as XSC-1 took to the sky for the first time at the Curtiss plant in Columbus-Ohio.

The Curtiss SC Seahawk can accommodate a single crew and can carry a single stretcher patient. It has an external length of 11.09 meters, an external height of 3.9 meters, and a fuselage diameter of 1.4 meters. The height is 4.88 meters on beaching gear. The aircraft has a wingspan of 12.50 meters and a wing area of 26 square meters. It has an empty weight of 2,867 kg and a gross weight of 4,082 kg.

The Seahawk is powered by a single Wright R-1820-62 Cyclone engine. It is a nine-cylinder single-row supercharged air-cooled radial engine with two overhead valves per cylinder with a sodium-filled exhaust valve, a single-speed General Electric centrifugal-type supercharger, a Stromberg downdraft carburetor with automatic mixture control, a dry-sump with one pressure and one scavenging pump oil system, and an air-cooling system. The engine produces a maximum takeoff thrust of 1,350 horsepower and drives a four-bladed constant-speed propeller. The Seahawk has a maximum speed of 272 knots at 28,600 feet and a cruise speed of 109 knots. It has a travel range of 543 nautical miles. The service ceiling is 37,300 feet and the rate of climb is 2,500 feet per minute.

The aircraft could be loaded with two 12.50 mm M2 Browning heavy machine guns and two bombs of up to 147 kg located under the wings.