The Grumman F4F Wildcat was developed and manufactured by Grumman Aerospace as a carrier-based fighter aircraft that first flew in September 1937. In 1940, the aircraft entered service with the United States Navy, as well as the Royal Navy, where it was first designated as the Martlet. 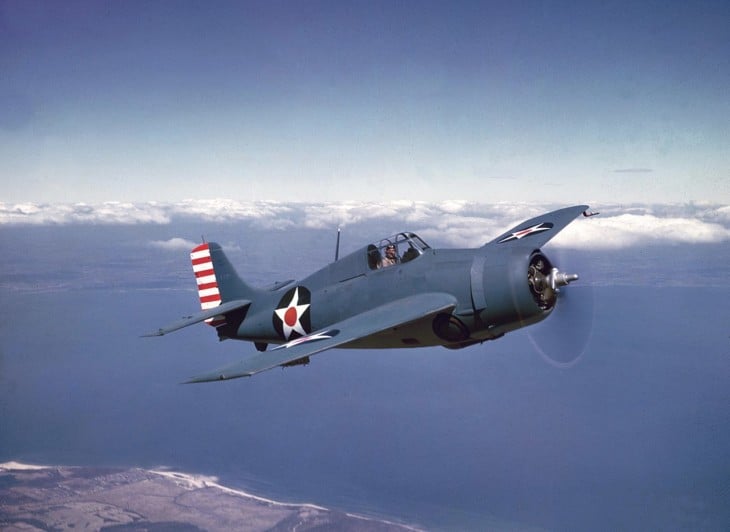 The aircraft is powered by a single Pratt and Whitney R-1830-76 engine. It is a fourteen-cylinder two-row supercharged air-cooled radial engine during the 1930s to 1940s. It has two overhead valves per cylinder, a single-speed General Electric centrifugal-type supercharger, a two-barrel Stromberg carburetor fuel system, an air-cooling system, and an epicyclic reduction gear.

The engine produces a maximum thrust of 1,200 hp and drives a three-bladed constant-speed propeller. The Wildcat has a maximum speed of 288 knots and a travel range of 734 nautical miles. It can fly up to 39,500 feet and can climb at a rate of 2,303 feet per minute. The takeoff distance is 195 meters.