The Mikoyan MiG-9 was built and produced by Mikoyan-Gurevich from 1946 to 1948. It was a first-generation jet fighter and the first turbojet fighter developed after the Second World War. 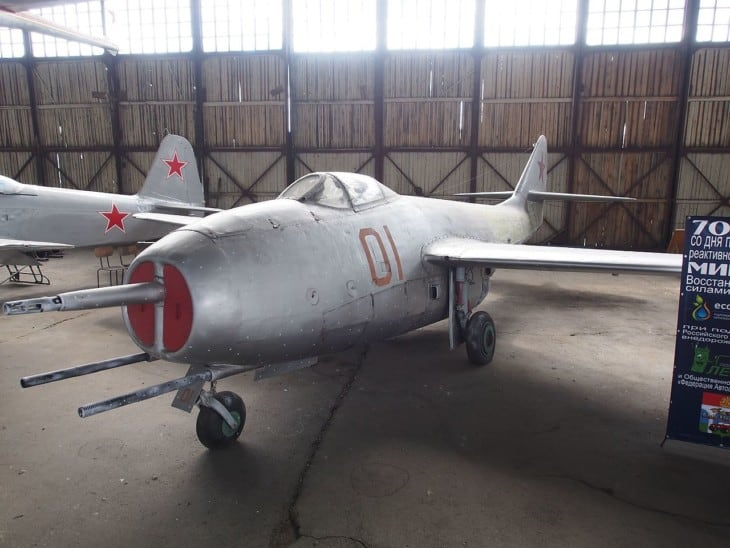 In February 1945, the Mikoyan-Gurevich Design Bureau was ordered by the Council of People’s Commissars to build a single-seater jet fighter powered by two BMW 003 engines. With intentions to knock down bombers, the desired aircraft was to be armed with 1×57 mm or 1×37 mm gun and 2×23 mm guns.

On April 24, 1946, the I-300 prototype conducted its maiden flight. In 1948, the Mikoyan MiG-9 entered service. It was operated by the Soviet Air Forces during the time, and a total of six hundred and ten MiG-9s were produced including twelve prototypes.

In 1950, not less than three hundred and seventy-two were brought to the People’s Liberation Army Air Force to be in service with PLAAF and protect cities in China in opposition to attacks from the Nationalist Chinese and also to upskill their pilots in operating jet fighters. Afterward, it was immediately succeeded by the MiG-15.

The aircraft is powered by two RD-20 axial-flow turbojet engines with a seven-stage axial compressor, an annular combustor, a single-stage axial turbine, and a pressure feed oil system. Each engine produces a maximum thrust of 1,754 lbf.