The Mikoyan MiG-17 was built by Mikoyan-Gurevich as a high-subsonic fighter aircraft in the Soviet Union. It was introduced in October 1952 and it has been in service with different air forces around the world. It came after the MiG-15 used during the Korean War. 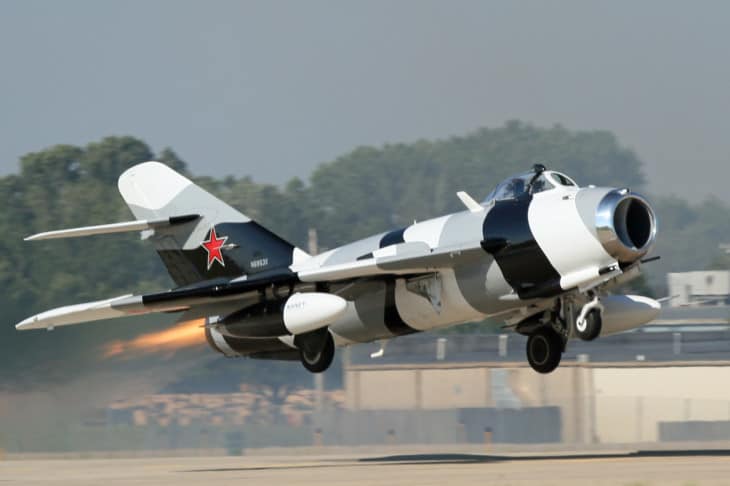 In 1949, the Mikoyan-Gurevich design bureau had started to develop the replacement for the MiG-15 to address the issues discovered with the aircraft while in combat. The resulting aircraft was the MiG-17 and among the most outstanding transonic fighters established prior to the arrival of the supersonic era like the MiG-19 and the F-100 Super Sabre of the United States.

The MiG-17 was equipped to be operated at higher speeds. It had a completely new slimmer and highly swept wing with a 45-degree angle, and tailplane used for speeds reaching Mach 1. The harder wing held out against the likelihood to bend its wingtips and drop aerodynamic symmetry unpredictably during high speeds and wing loads.

It is loaded with 2×23 mm Nudelman-Rikhter NR-23 autocannons with 89 rounds per gun, 1×37 mm Nudelman N-37 autocannon with 40 rounds, two pylons with a capacity of up to 500 kg of stores with provisions to carry combinations of two UB-16-57 rocket pods for S-5 rockets and 2×250 kg of bombs. Some variants are loaded with three NR-23 autocannons and two K-5 air-to-air missiles.