The MiG-27 was originally developed and produced by the Russian aircraft manufacturer Mikoyan-Gurevich before it was license-produced by the Indian Hindustan Aeronautics with the designation Bahadur. It is a variable-geometry ground-attack aircraft derived on the MiG-23 but improved to support air-to-ground operations. 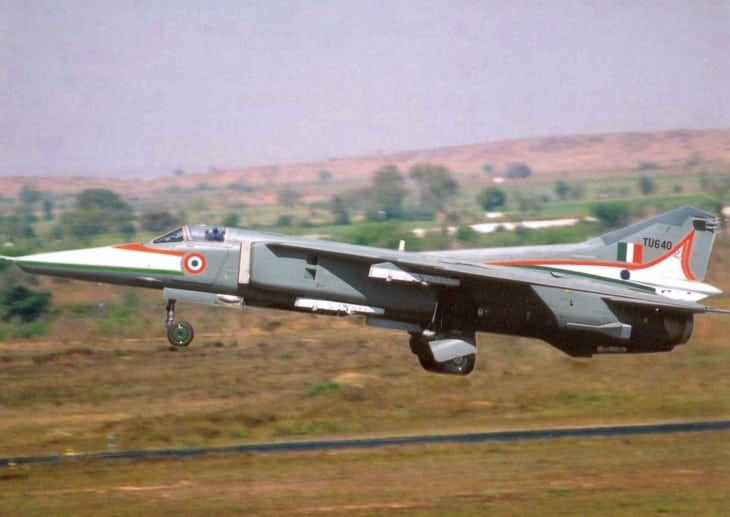