The Mikoyan MiG-3 was produced by Mikoyan-Gurevich from 1940 to 1941. Introduced in 1941, it was a fighter and interceptor aircraft in service with the Soviet Union during the Second World War. 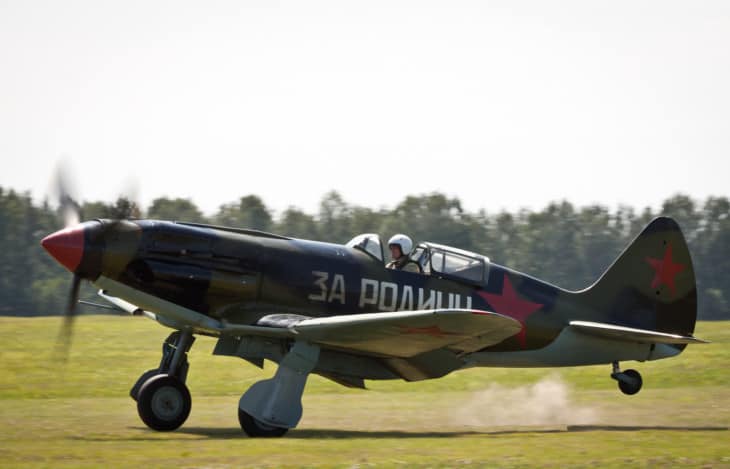 The Mikoyan MiG-3 is one of the fastest piston-engine fighters in the Soviet Union during the primal years of the war. However, despite being among the best, the Mig-3 was still overshadowed by german ww2 aircraft of its type such as the German Messerschmitt Bf 109 and the Focke-Wulf Fw 190 fighter.

On October 29, 1940, the MiG-3 prototype took its maiden flight. The aircraft was consented to be produced after it passed the State acceptance trials. On December 9, the first MiG-3 with upgraded features was named. On December 20, production of the MiG-3 began at Factory No. 1. It was produced until 1941 with a total of 3,422 aircraft built.

The improved MiG-3 incorporated several changes such as repositioning of the engine to enhance longitudinal stability, a newly fitted water radiator which enabled the aircraft to load extra 250 liters in the fuel tank, an added oil tank below the engine, and a few more improvements.

The aircraft is fitted with a single Mikulin AM-35A V-12 piston engine. It has a single-speed centrifugal-type supercharger M-100 with an aftercooler and a liquid-cooled cooling system. It produced a maximum thrust of 1,332 horsepower and drives three-bladed variable-pitch propellers. The MiG-3 has a maximum speed of 273 knots at sea level and 350 knots at 25,591 feet.

The combat range is 440 nautical miles. It can fly up to 39,000 feet and can climb up to a rate of 2,620 feet per minute. It is loaded with a 12.75-mm Berezin UBS machine gun, two 7.62-mm ShKAS machine guns in the cowl, and later versions would feature extra two UBK machine guns under each wing. The aircraft is also armed with six RS-82 unguided rockets.