The Sukhoi Su-34 is a Russian twin-engine, two seat strike-fighter. Its military designation is “Fullback” and it was designed to replace the Soviet era Sukhoi Su-24 which was decommissioned in 1990. The aircraft can be fitted with up to four thrust vectoring engines and has an internal weapons bay that can hold 3,000 kg of ordnance including air-to-air missiles, air to ground missiles as well as unguided bombs. 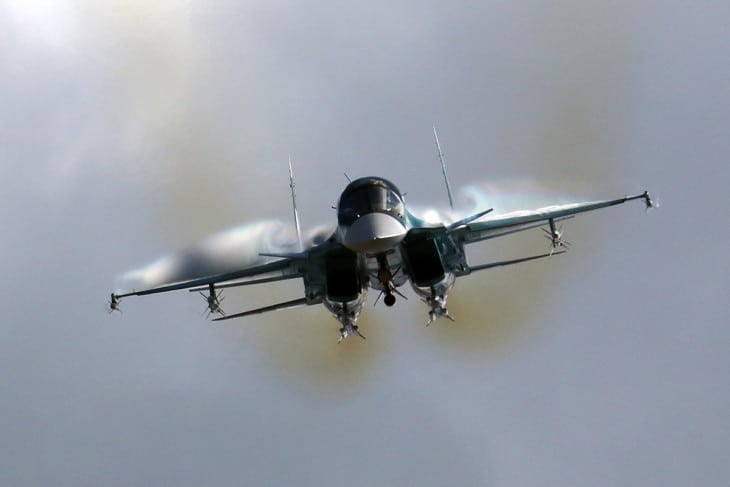 The Sukhoi Su-34 is a Russian fighter aircraft. It was designed by the Sukhoi Design Bureau as an air superiority fighter, but later on also incorporated ground attack capabilities. The Su-34 entered service with the Russian Air Force in 2007 and has been exported to Algeria, China, Syria, Kazakhstan and Vietnam under the name Su-32.

The Su-34 has several variants that are used for different purposes: