Headquartered and located in Begovoy District, Northern Administrative Okrug, Moscow, Sukhoi is involved in the design of both military and civilian aircraft. Founded in 1939, Sukhoi has undergone a lot of changes. Most recently, they were founded in 2000 as the Sukhoi Civil Aircraft Company.

They are now part of a company that is called United Aircraft Corporation. This company consists of other companies, including Yakovlev, Irkut, Mikoyan, Tupolev and Ilyushin.

Sukhoi is currently still working on the design as well as the production of both airplanes and jets.

History of the Sukhoi Company

Pavel Sukhoi, who was an aerospace engineer, took command of an aviation and aircraft prototype facility in 1930. Under his leadership, experimental fighters as well as a record-breaking aircraft were produced. Some of these planes were flown by famous aviators.

When Joseph Stalin needed a multi-role combat aircraft, it was Sukhoi and his team who rose to the challenge, developing the BB-1 in 1937. This was later called the Su-2.

During WWII, the Su-2 was proven to be obsolete, so the Su-6 was developed. This 2-seater aircraft was heavily armored and designed for ground-attack. It was considered to be a better option than the Ilyushin Il-2, but the Il-2 was chosen instead. However, this led Sukhoi to continue developing variations of the Su-2.

Sukhoi Aircraft planes were also used during the Cold War. The Su-5 and Su-7, both fighters, were developed during this time. The Su-5 was cancelled, but the Su-7 was continued. During 1945-1950, the team created a booster aircraft control system. Sukhoi fell out of favor with Stalin and was forced to work under another developer.

It wasn’t until 1953, when Stalin died, that Sukhoi reestablished the Sukhoi Design Bureau and set up new facilities for design and for production.

Sukhoi in the Modern Era

Currently there are multiple civil aviation projects in the works. Thanks to the development of these civil projects, Sukhoi created both the Su-90 and the Su-38. The Su-80 was a popular product from Sukhoi Aircraft that was designed for utility use, while the Su-38 was designed for agricultural use.

As recently as 2015, Sukhoi was working on the creation of a family of regional airliners. The Sukhoi Superjet 100 and Superjet 130 would help bridge the gap and fill the needs of aircraft. The Superjet 130 was designed to seat between 130 and 145 people.

With a powerful and dedicated board of directors who were elected in 2017, Sukhoi is posed to produce some of the world’s most powerful and reliable aircrafts. They are also working on stealth fighters, such as the Su-57 and have produced a powerful and comfortable Sukhoi Business Jet.

Sukhoi also has a number of planned aircraft in the works. In addition, they have created an unmanned aerial vehicle, the Sukhoi Zond-1. 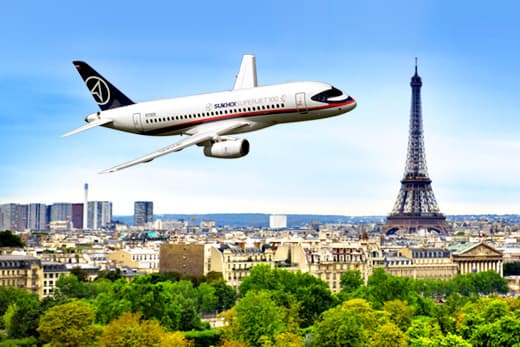 While there are many Sukhoi aircraft that were designed for military use, there are still some civil aircraft. The Sukhoi Su-26, Su-29, and Su-31 were all designed as aerobatic aircraft. They were introduced in 1984, 1991, and 1992, respectively and are all still currently in production.
Sukhoi also produces the Su-80, which was a STOL transport aircraft.

One notable crash was in 2019. A Sukhoi Superjet caught fire on May 5th and ended up crash-landing at the Moscow Sheremetyevo Airport. Out of the 78 people on the flight, at least 41 died, and investigators still do not have a reason for the accident. This came at a bad time, as Sukhoi was struggling to break into an Airbus and Boeing dominated regional-jet market. source

Another major crash occurred in 2012 when a Superjet 100 crashed in Indonesia on Mount Salek. Everyone on board, which consisted of eight crew as well as 37 passengers, died. The flight had just recently taken off as a promotional flight for this new jet. source

The investigation concluded that the crew ignored warnings about high ground areas. Additionally, the crew and captain were talking with people in the cockpit just minutes before the accident. The plane in the aircraft had already accumulated more than 800 flight hours before the accident and had been manufactured in 2009.