The Sukhoi Su-57 Felon was designed by Alexander Davidenko as a stealth multi-role fifth-generation jet fighter powered by twin engines. Aircraft development started in 2002 as air superiority and attack fighter. It first flew in January 2010 and is expected to be introduced in 2020. The aircraft is in serial production and was intended to replace the MiG-29 and Su-27 fighters. The primary users of the Felon are the Russian Air Force and the Russian Navy. 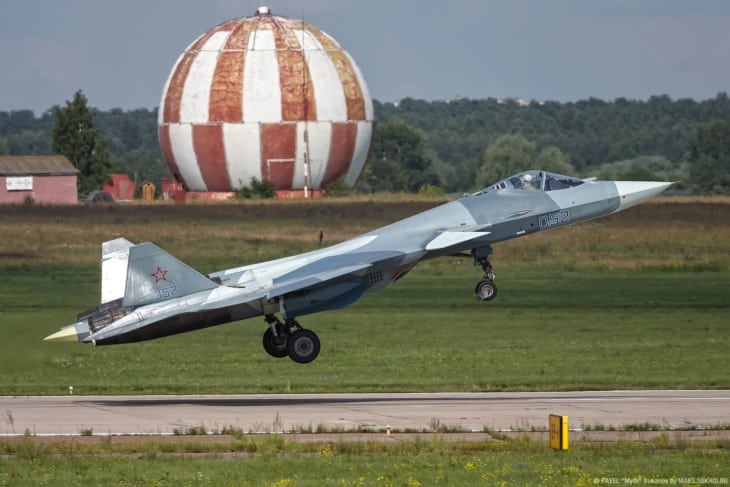 The aircraft has a maximum speed of 1,145 knots at altitude and 923 knots supercruise at altitude. It has a subsonic range of 1,900 nautical miles and a supersonic range of 810 nautical miles. It can fly up to 66,000 feet and can climb at a rate of 64,000 feet per minute. The SU-57 is armed with a single 30 mm Gryazev-Shipunov GSh-30-1 autocannon, twelve hardpoints, and several missiles such as air-to-air missiles, air-to-surface-missiles, anti-ship missiles, and anti-radiation missiles. It is also equipped with state-of-the-art avionics including the Sh-121 multifunctional integrated radio electronic system (MIRES) with Byelka radar that features an active electronically scanned array radar and has the ability to track sixty targets and shoot sixteen simultaneously. The aircraft also features the 101KS Atoll electro-optical targeting system for tracking and locating targets in aerial warfare.