The Curtiss-Wright Junior was initially known as the Curtiss-Robinson CR-1 Skeeter developed and manufactured in the United States during the 1930s. It is a light sports aircraft planned to be sold for the cost of a mid-range automobile. The aircraft first flew in October 1930 and several were still flying as of 2012. A total number of 270 Juniors were built, approximately. 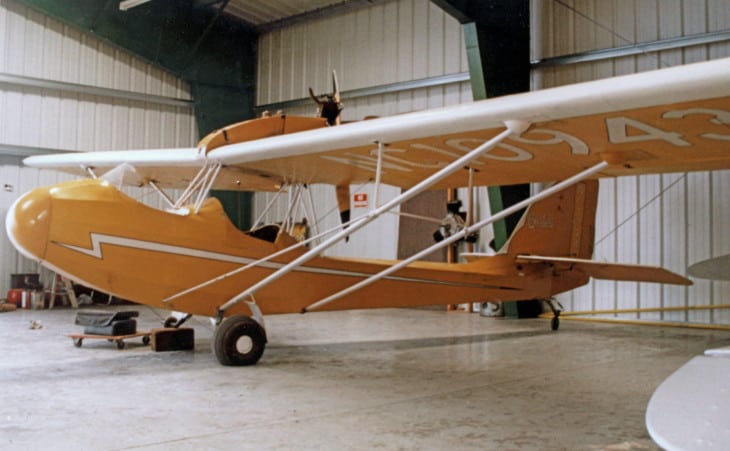 The Junior was built as a minimalist and economical aircraft built before the Great Depression for the public. Designed by Karl White, Walter Beech, and H.Lloyd Child, the aircraft was initially named the Skeeter with an all-new feature that maintained the standard layout of the Snyder Buzzard light sports aircraft. It was designed with a square cross-section fuselage constructed from a fabric-covered steel tube. On October 5, 1930, the aircraft took to the air for the first time. In 1931, the Skeeter was given the designation CW-1 Junior, by the time that the Curtiss had merged into Curtiss-Wright. In 2012, some aircraft were still being flown by private operators. A total number of 270 Juniors were built, approximately.

The CW-1 Junior was designed with a seat for a single pilot and a passenger in a tandem configuration. It has an external length of 6.48 meters, an external height of 2.24 meters, and a fuselage diameter of 0.8 meters. The wingspan is 12.04 meters and the wing area is 16.4 square meters. It has a fixed conventional landing gear with a wheelbase of 4.45 meters. The empty weight is 259 kg, the gross weight is 442 kg, and the maximum payload is 145 kg. It has a fuel tank capacity of 9.2 US gal.

The aircraft is powered by a single Szeley SR-3 engine. It is a three-cylinder radial piston engine with one camshaft per cylinder- pushrod-operated overhead inlet valves with one each per cylinder, a Stromberg carburetor fuel system, and an air cooling system. The engine produces a maximum takeoff thrust of 45 horsepower and drives a two-bladed fixed-pitch pusher propeller. It has a maximum speed of 70 knots and a travel range of 170 nautical miles. It can fly up to 1,200 feet and can climb at a rate of 600 feet per minute.