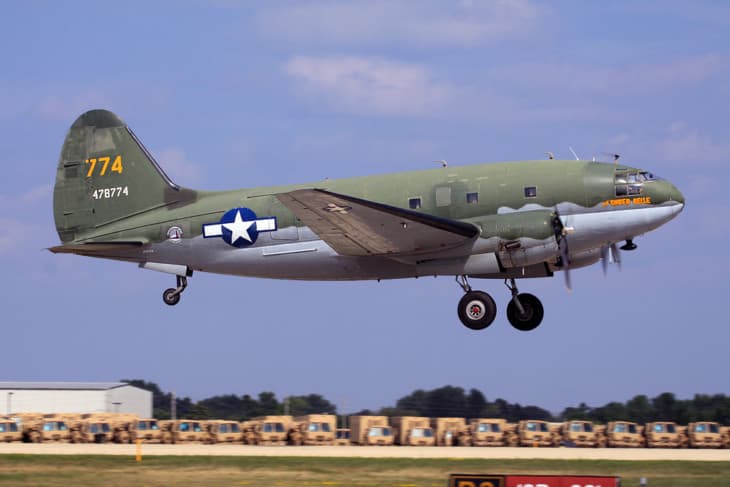 In 1937, the development of a C-46 prototype designated as CW-20 started. It was designed by the chief architect designer of Curtis-Wright, George A. Page Jr. On March 26, 1940, the prototype with the aircraft registration NX-19436 performed its maiden flight. It was operated by the test pilot Edmund T. “Eddie” Allen. In 1941, it entered into service. The aircraft was produced from 1940 to 1945 with a total number of 3,181 Commandos built.

The aircraft is powered by twin Pratt and Whitney R-2800-51 Double Wasp engine. It is an eighteen-cylinder air-cooled twin-row radial piston engine with two poppet valves per cylinder, a variable-speed supercharger, one Stormberg injection carburetor, and an air-cooling system. It produces a maximum thrust of 2,000 hp and drives four-bladed Curtiss Electric constant-speed propellers. The C-46 has a maximum speed of 230 knots at 15,000 feet and a cruise speed of 150 knots. It has a travel range of 2,740 nautical miles at 150 knots and 870 nautical miles at 206 knots. The aircraft can fly up to 24,500 feet and can climb at a rate of 1,175 feet per minute. The takeoff and landing distances are 900 meters and 762 meters, respectively.