The Curtiss-Wright CW-22 was developed and manufactured by the American company Curtiss-Wright Corporation as a general-purpose advanced trainer during the 1940s. The aircraft was in service with the United States Navy and the Royal Netherlands East Indies Army Air Force. It first flew in 1940 and was introduced in 1942. A total of 442 CW-22s were approximately built. 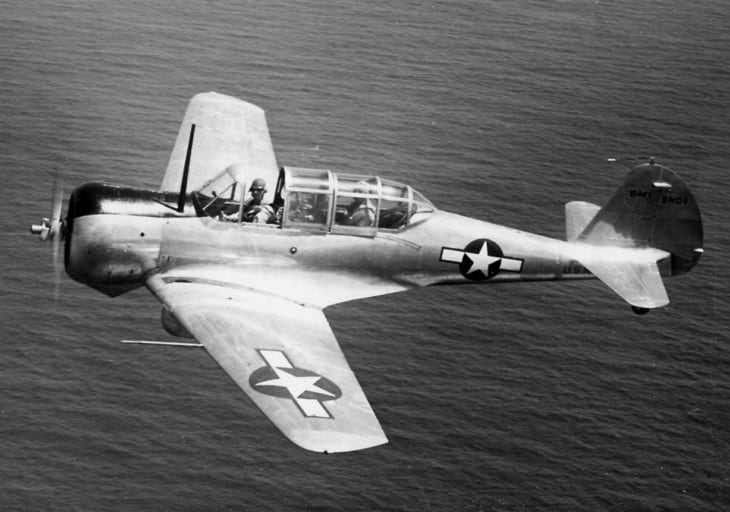 The CW-22 was developed by the American Curtiss-Wright Corporation in their St. Louis factory during the 1940s. It was a development of the CW-19 civil utility aircraft through the CW-21 fighter-interceptor. In 1940, the aircraft prototype designated as CW-A22 took to the air for the first time.

It was a less-powered, all-metal low-wing monoplane fitted with retractable conventional landing gear and could carry two crew members. The Royal Netherlands East Indies Army Air Force was the primary operator of the CW-22 powered by an R-975 engine. Thirty-six of this type were exported. The CW-22B was an enhanced armed version acquired by various countries such as the Netherlands, Turkey, and some in South America. An estimate of 442 CW-22s was built in total.

The aircraft is powered by a single Wright R-975-28 Whirlwind engine. It is a nine-cylinder supercharged air-cooled radial piston engine with two pushrod-actuated valves per cylinder, a gear-driven supercharger, and a direct drive reduction gear. It produces a maximum takeoff thrust of 450 hp and a continuous thrust of 420 hp, and drives a two-bladed variable pitch metal propeller.

The CW-22 has a maximum speed of 172 knots at sea level and a travel range of 680 nautical miles. It can fly up to 21,800 feet and can climb at a rate of 1,650 feet per minute. The aircraft could be loaded with a single fixed forward-firing synchronized 7.6 mm machine gun and a single flexibly mounted 7.6 mm machine gun located in the rear cockpit.