The Westland Lynx is a British multipurpose military helicopter that was first introduced into service in the late 1970s. It has been widely used by both the Royal Navy and Army Air Corps, as well as export customers, to perform various combat and transport roles. The Lynx family of helicopters were originally developed at Westland Helicopters from an earlier aircraft design, the Hawker Siddeley HS.1180 for use in civil engineering, utility and coastal patrol work during the 1960s. The name “Lynx” comes from its predecessor’s animal namesake; it is primarily designed for battlefield surveillance missions where speed and maneuverability are desirable qualities because these allow them to evade ground fire more easily than other types of helicopter. 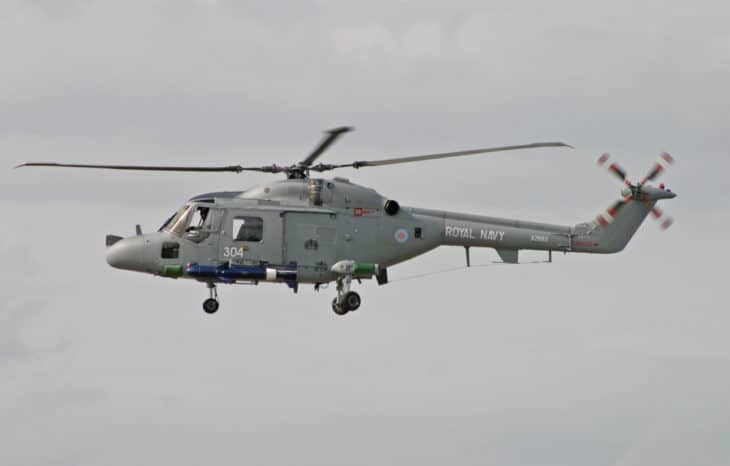 A multi-purpose military helicopter named Westland Lynx is a British twin-engine vehicle built and designed by Westland Helicopters. It is manufactured for the purpose of civil and military use. However, it has more interest in the military in developing battlefield and other military variants.

Westland Lynx can perform rolls and hoops because it is fully aerobic. It has an airspeed of 400.87 kilometers per hour. However, only a limited number of Westland Lynx were produced in the 1980s because it is made not for commercial use. Its main role is for combat use.

The initial design of Westland Lynx was known as Westland WG.13. It started in the mid-1960s. In 1971, the first Westland Lynx took its flight. After that, British Army had ordered more than 100 Lynx for their purpose of transporting, armed escorting, and other missions. Production started in 1977.

Improvement was done and manufactured Lynx after its evaluation. Westland Lynx underwent several updates in its services. These updates include engines, transmission, flotation system, defensive aids, avionics, radar, airframe, rotor blades, and other systems in the helicopter.

This Lynx is designed as a battlefield helicopter that specializes in both sea and land-based missions. The early version of Lynx has skids, while later models include wheels. These wheels are suited for ground handling in times of war. Lynx was designed for looping and rolling. It contains high speed and agility. This makes it maintain high performance.

Westland Lynx can perform various missions because it is equipped with surveillance radar to reach its maximum capability in searching and rescuing. It also has an automatic flight control system which enables one to navigate and communicate better. It is also easier to maintain compared to other helicopters.

In terms of combat equipment, Westland Lynx is armed with missiles which include rockets and guided with infrared. It has various defensive subsystems to counteract wars in the field. It can receive warnings as well as countermeasures to be used on the battlefield.

Lynx AH.1 started its operation in 1979. It served the British Army’s Army Air Corps (AAC) in the United Kingdom. This was followed by Lynx HAS.2 in 1981. It was upgraded to Lynx HAS.3 then to HMA.8 in the 1990s. These helicopters participated in military operations such as maintaining and sub-marine patrols and combat firing. Lynxes were also used even in the Gulf War.

In Germany, a sea Lynx model was built in 1981. In 2013, infrared sensors were added to Lynx, making it Super Lynx. South Korea also delivered Lynx helicopters, which started in 1990. They used Lynx for searching and rescuing surveillance missions and anti-submarine battles.