The AgustaWestland AW159 is a British-built helicopter that was developed for the European market. The rotorcraft has been designed to provide high levels of agility and maneuverability, whilst also being fitted with advanced avionics such as an integrated glass cockpit and digital flight control system. 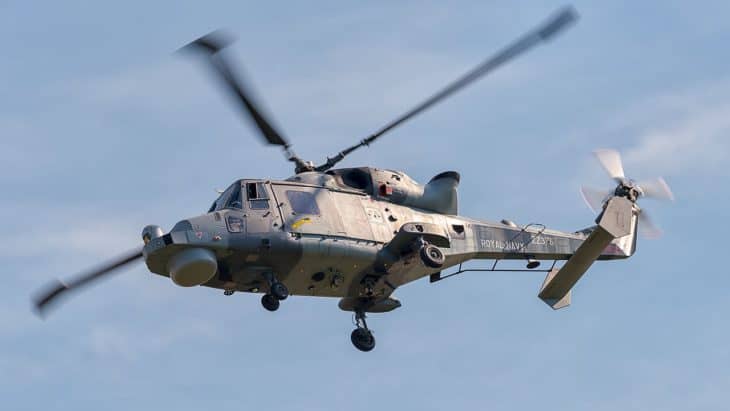 The Agusta Westland AW159 is a helicopter that was jointly developed by the two companies. The helicopter is designed for both military and civil use, and it has been in service since 2009. he program was initiated in 2003 to replace the ageing Lynx airframe then used by both countries’ armed forces. It has been designed for naval operations as well as support missions on land.

The aircraft features an advanced design that includes a reduced radar signature, survivability against ballistic threats with self-sealing fuel tanks, and a state-of-the art avionics suite.

It can be used for a variety of tasks, including troop transport, search-and-rescue missions, border patrol duties, firefighting operations and medical evacuation flights.

The Agusta Westland AW159 has several design features that make it stand out from other helicopters on the market today. One of these features is its ability to operate in hot climates due to an air conditioning system which prevents temperatures inside the cabin exceeding 35 degrees Celsius (95 Fahrenheit). This makes it ideal for use in tropical countries such as India or Brazil.

The AW159 Wildcat is upgraded based on the Super Lync helicopter, which has been operating with the British Royal Navy since the middle of 1970 in its utility and anti-submarine roles. Since then, the Super Lynx aircraft has expected a wider array of roles which include:

AW159 Wildcat keeps and expands that operability capacity for the British Army and Royal Navy.

The AW159 made its initial flight in 2009. The first deliveries started in 2011. There are anti-surface warfare, reconnaissance, and utility versions of this multi-role helicopter.

In 2014, AW159 was adopted by the British Army and Royal Navy as the Wildcat, where it changed the old Westland Lynx helicopters. South Korea was the very first country to order this model. The AgustaWestland AW159 Wildcat won the competition against the MH-60R Seahawk. An order for a total of eight helicopters was placed in 2013 and was mainly utilized by the South Korean Navy.

Apart from British countries and South Korea, did you know the AW159 Wildcat has been offered to different export customers as well? One of them is the Philippine Navy from the Republic of the Philippines.

The airframe design of AW159 Wildcat is based on the enhanced version of the Super Lynx helicopter. That program involves the Lynx and navy versions along with a high level of similarity in the avionics, display, cockpit, and fuselage.

The navy model of the AW159 should have a typical marine fuselage, the same to the Super Lynx 300 naval design. The main modifications to wildcat helicopters are low symmetrical tailplane circuits, new tail rotors, a redesigned bigger nose, and rear fuselage, as well as bigger cockpit doors.

Moreover, its undercarriage, tail structure, and nose are upgraded with armor-plated attachments to boost the needed strength level. The redesigned rear body and nose offer better space and hassle-free access to the avionics unit.

Take note that the AW159 Wildcat is run by two LHTEC CTS800-4N turboshaft engines. Every engine can offer a power of 1,015 kilowatts with FADEC. Take note that LHTEC is a joint project established by Rolls-Royce and Honeywell.

The aircraft features a cruising speed of 264 kilometers per hour and has a climb rate of 10 meters per second.

When it comes to performance, the AgustaWestland AW159 Wildcat has at least three hours of endurance with a standard fuel and 4 ½ hours with added fuel. The engine offers thirty-six percent more power compared to the Gem engine utilized in those MoD Lynx helicopters.

Nonetheless, it has the same fuel consumption. Also, the CTS800-4N engine obtained the EASA type certification in 2008, which is great.